Bottom Line: Data provides a mixed message about the condition of the state’s economy. Some signs point to a weakening economy, while others continue to signal growth. Overall, while not imminent, the risk of a slowdown in the coming year appears higher than it has been for some time.

The figure below shows the index through October 2019. The index remained relatively high in October, above 95 percent of months in our historical record. 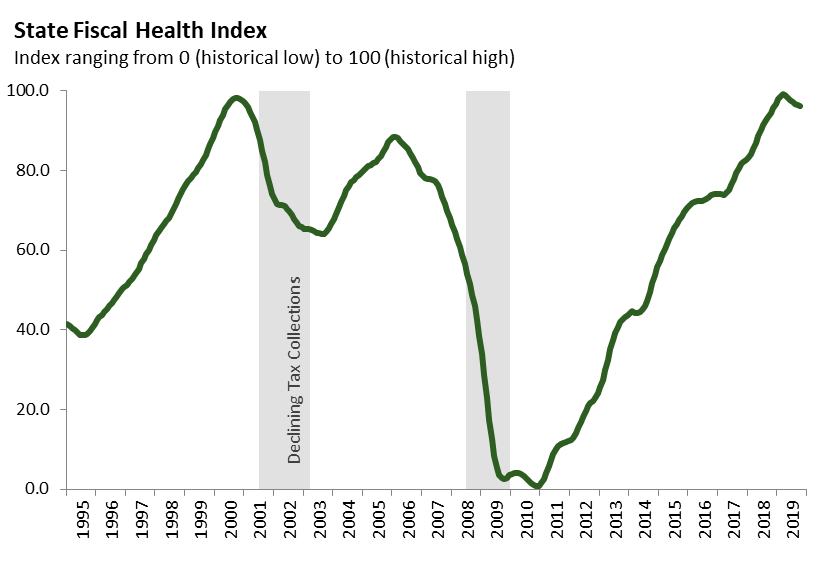 Although the index remains high, it has been declining since April. Declines of this duration and magnitude have not been observed since the last recession. Beyond our index, some economic indicators at the national level (such as manufacturing activity, goods transport, and hotel bookings) have shown weakness in recent months. At the same time, other economic data, such as employment growth, continue to signal economic expansion. 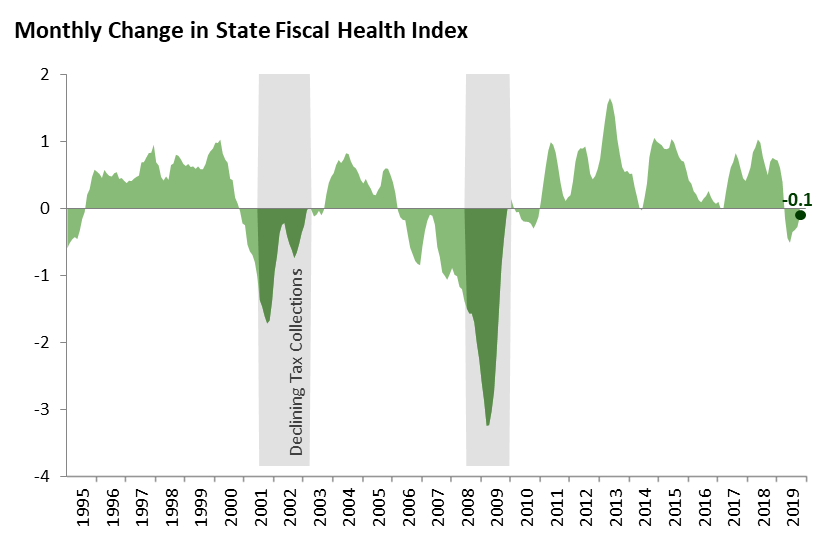 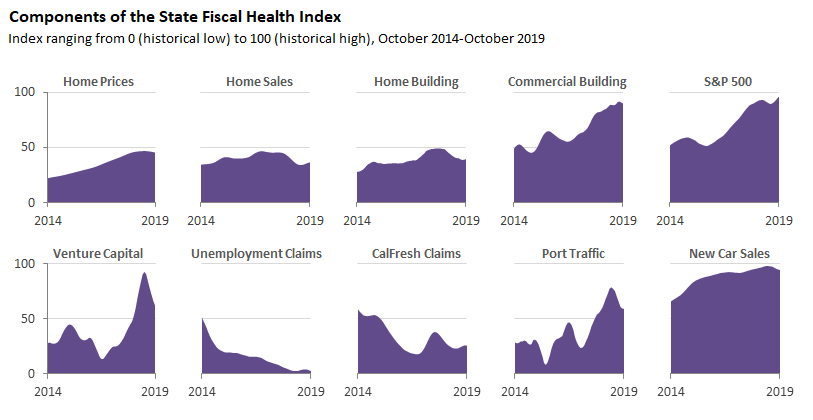