Home sales can be a good indicator of the health of the state’s economy and housing markets. Home sales have been sluggish since the summer of 2018, and this slump continued in November as the estimate of 25,700 non-distressed (not resulting from mortgage delinquency or foreclosure) statewide home sales was the lowest figure since 2011. October was also a relatively weak month. This weakness seems odd given that mortgage rates are at historic lows, but it’s consistent with recent evidence that the state’s population growth has slowed. (This data is “seasonally adjusted” because some months are predictably higher or lower than others.) 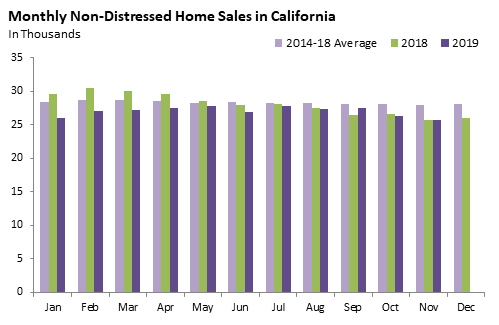 Home sales were on a clear downward trend from the summer of 2018 to the beginning of 2019. Sales seemed to have stabilized in the middle of 2019, and before that point they had not reached the level of decline that would have typically signaled that a broader economic downturn was on the horizon. Nonetheless, more months as slow as November would indicate that general economic conditions in the state are weakening. 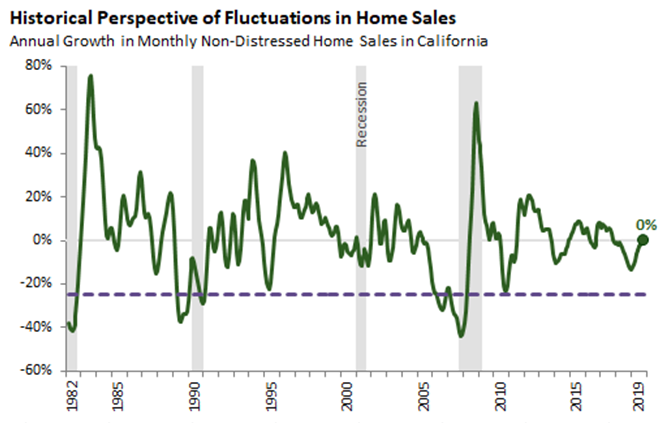