Bottom Line: While COVID-19 does not appear to have significantly affected personal income tax withholding to date, we anticipate a slowdown in withholding in the coming weeks. 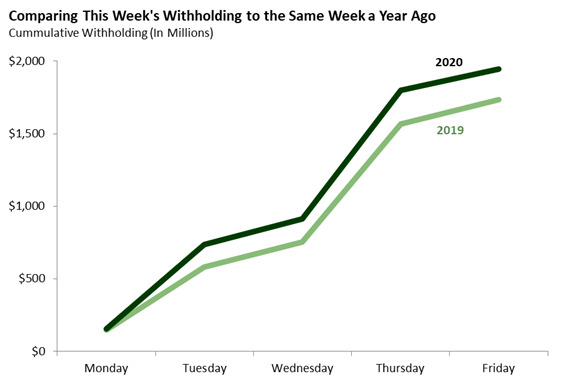 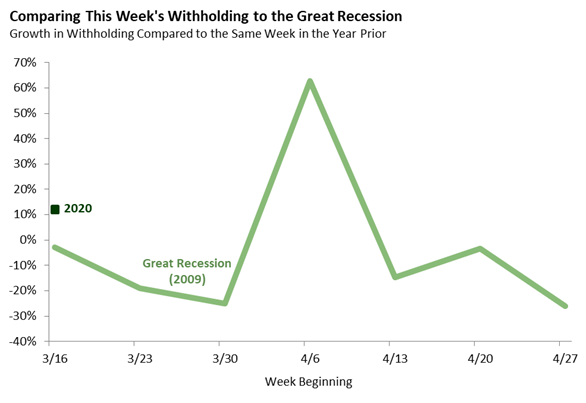 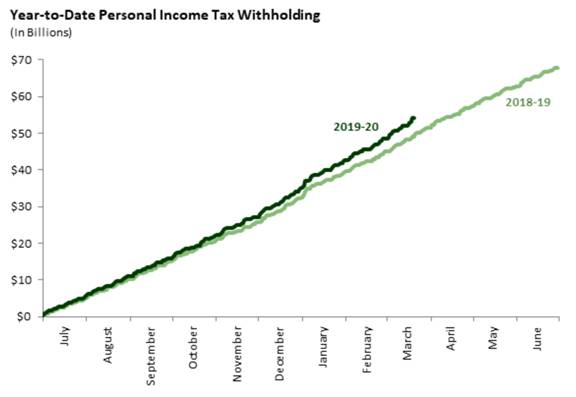