Bottom Line: The impact of the COVID-19 outbreak is now noticeable in withholding, with payments this week dropping at a similar rate to the comparable week during the depths of the Great Recession. 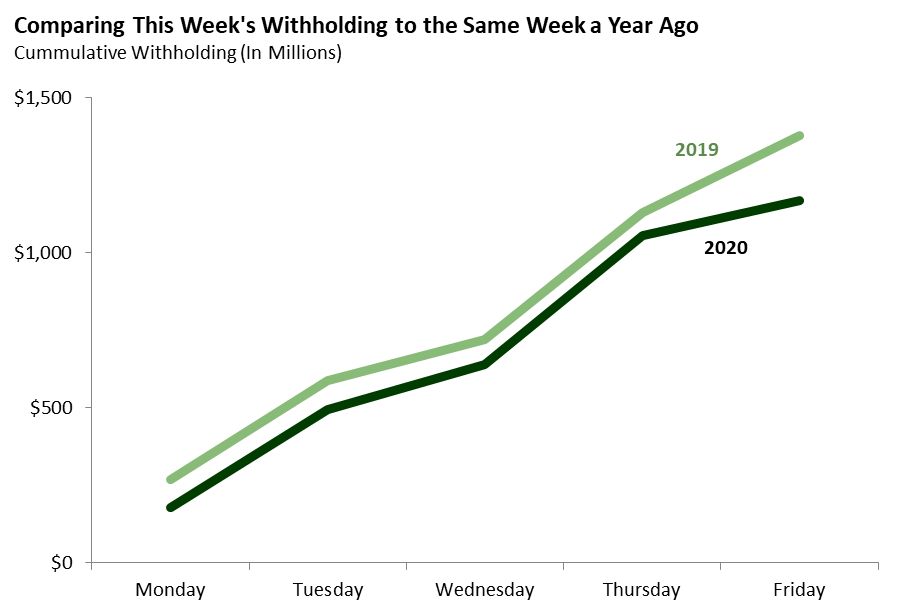 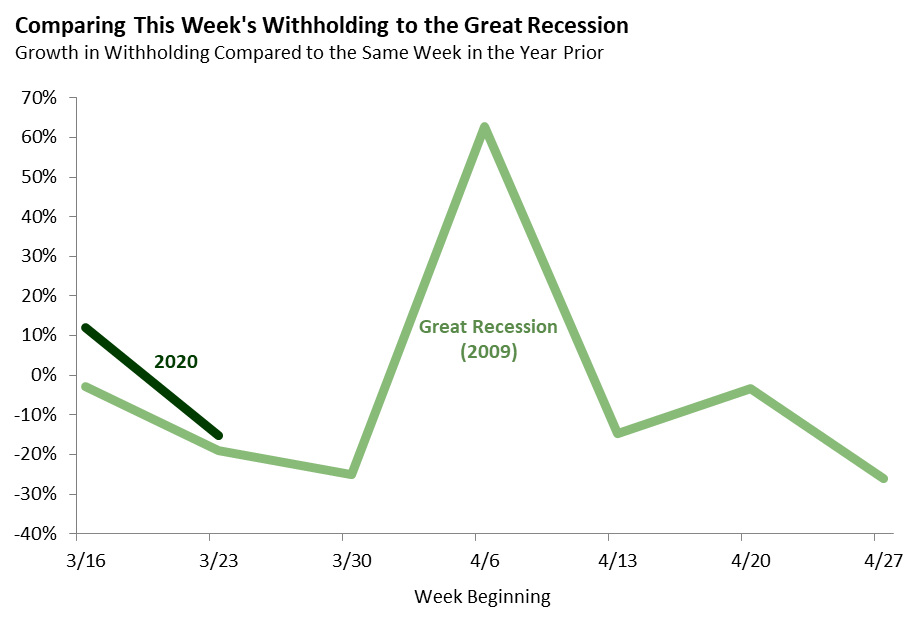 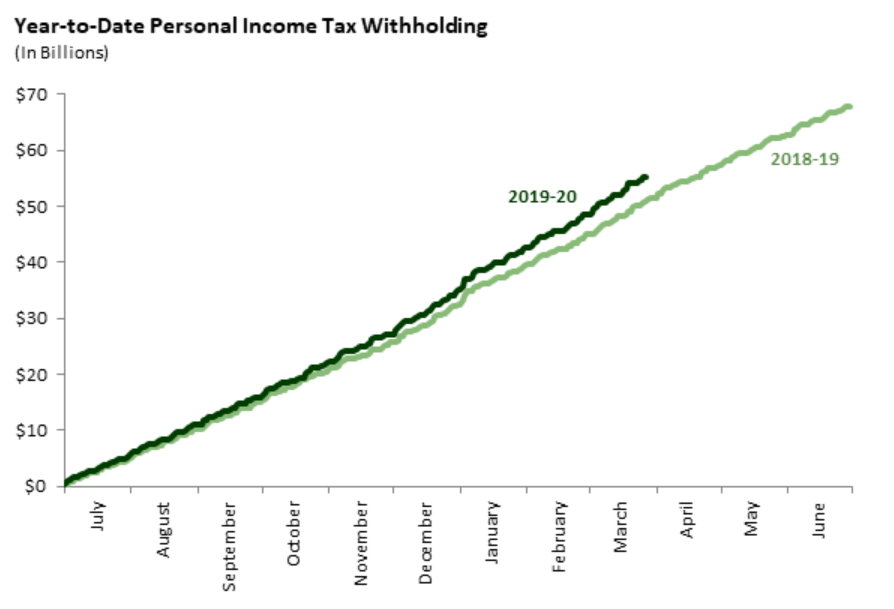