Unemployment claims are a useful indicator of the health of the state’s economy. Today the U.S. Department of Labor released data on the number of unemployment claims processed by state labor departments during the week of March 22 to March 28, the second week since the Governor issued a statewide “shelter-in-place” order in response to COVID-19. Below we offer some observations on these weekly claims data.

Historically High Claims. California had 878,727 initial claims during this period. This is far and away the highest number of weekly claims ever, eclipsing last week’s total of 186,809 and the record high prior to COVID-19 of 115,462. 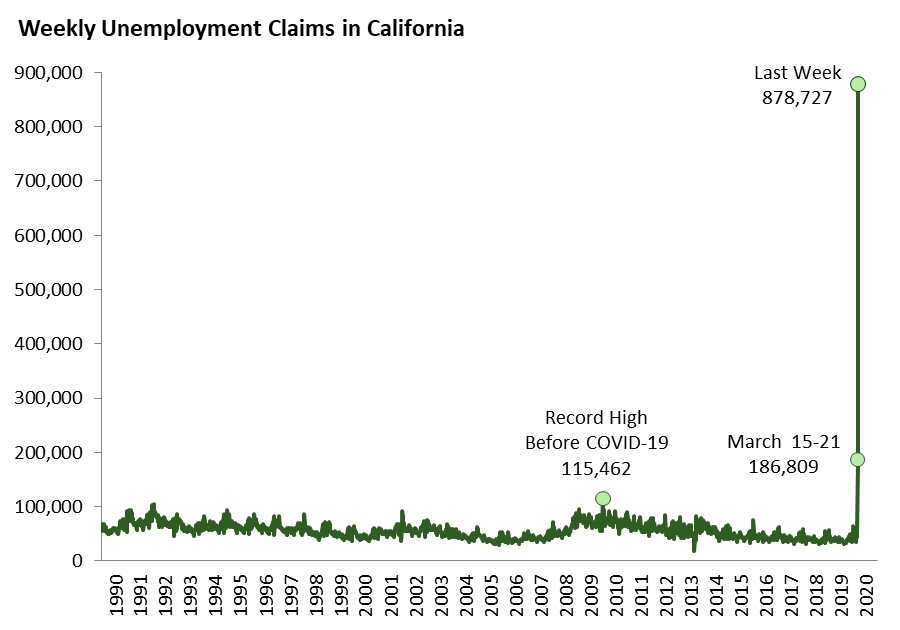 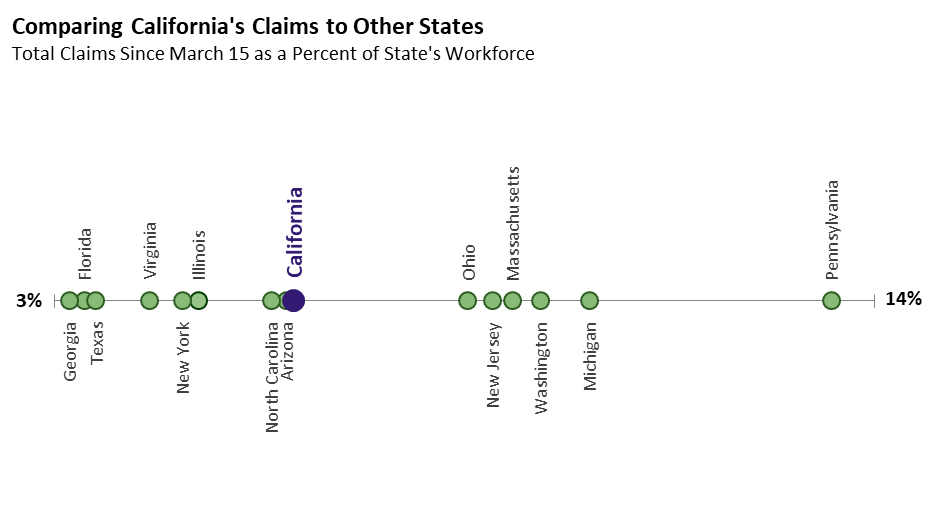 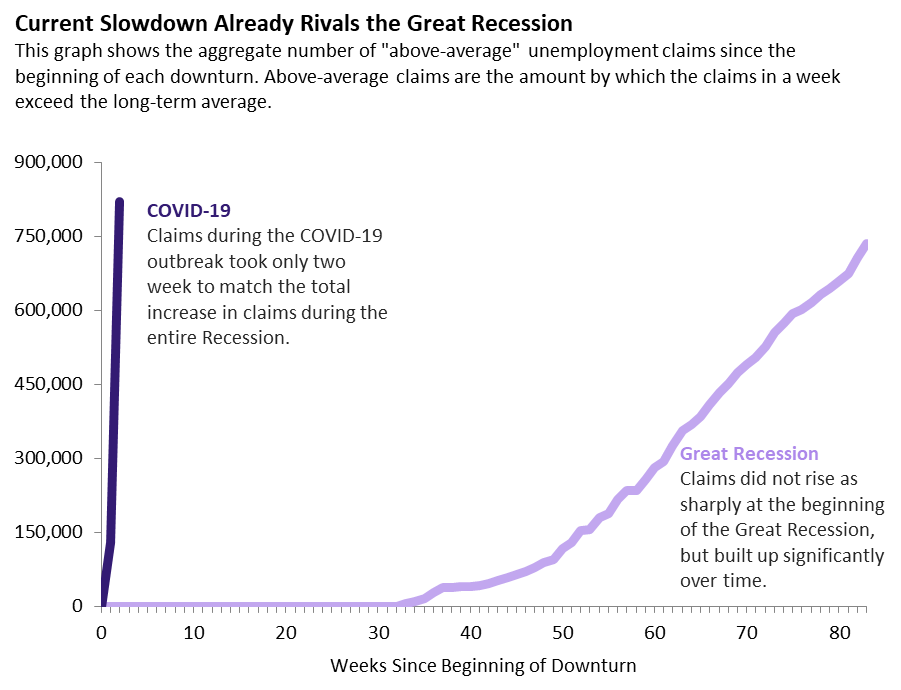 High Level of Claims Will Continue. Last week we pointed out that there is a relatively strong historical relationship between Google search interest in unemployment insurance during a week and the number of unemployment claims in that same week. Search interest spiked to unprecedented levels about three weeks ago and has remained elevated. As a result, we anticipate that claims will remain at very high levels for at least the next two weekly reports from DOL. 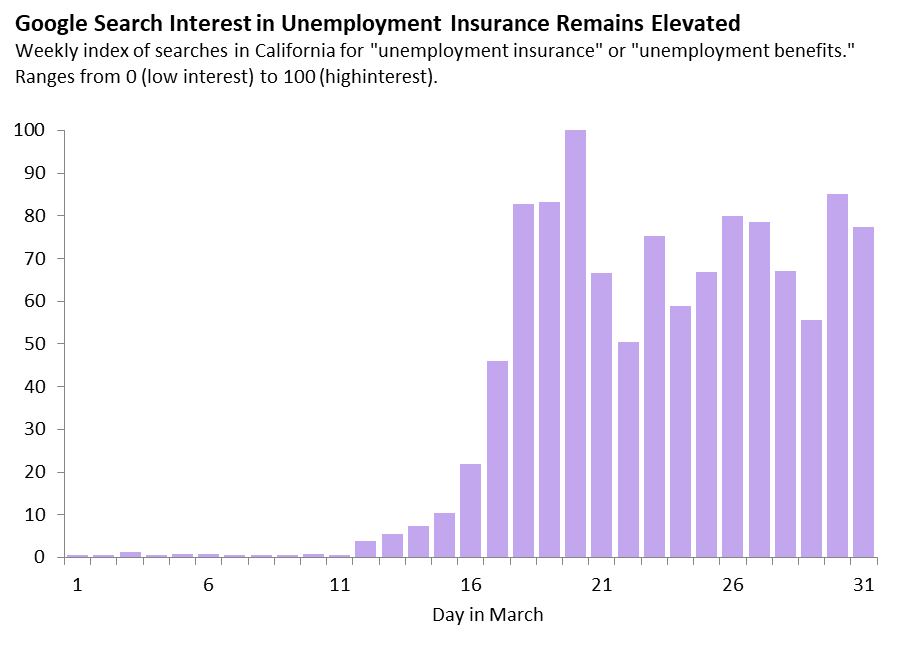