Unemployment claims are a useful indicator of the health of the state’s economy. Today the U.S. Department of Labor released data on the number of unemployment claims processed by state labor departments during the week of March 29 to April 4. The report also revised upward claims data for the week March 22 to March 28. Below we offer some observations on these weekly claims data. 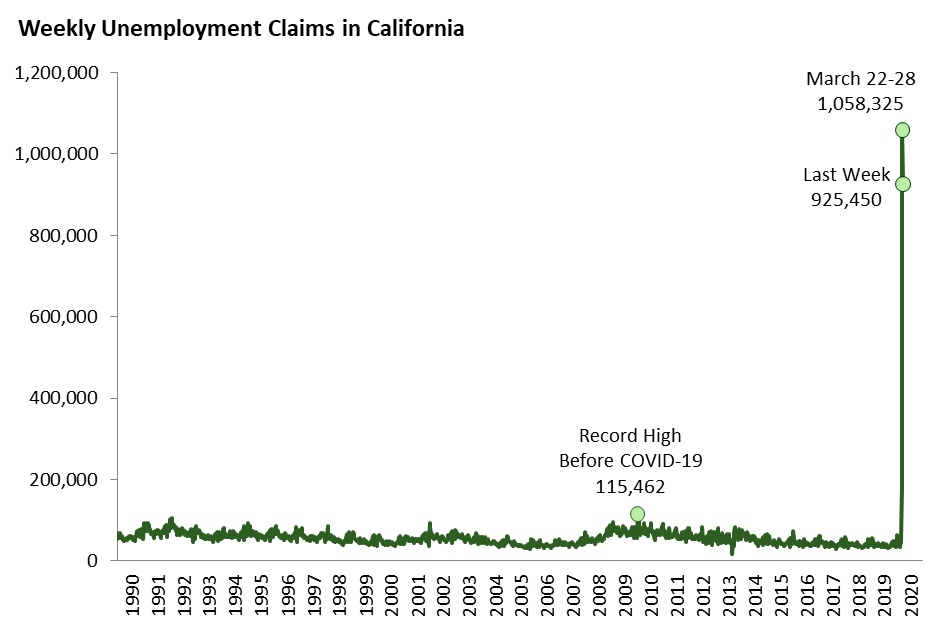 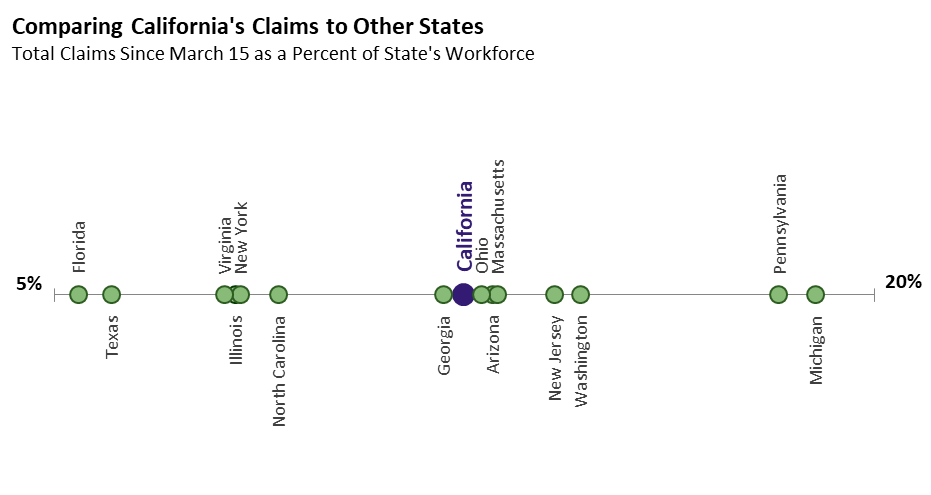 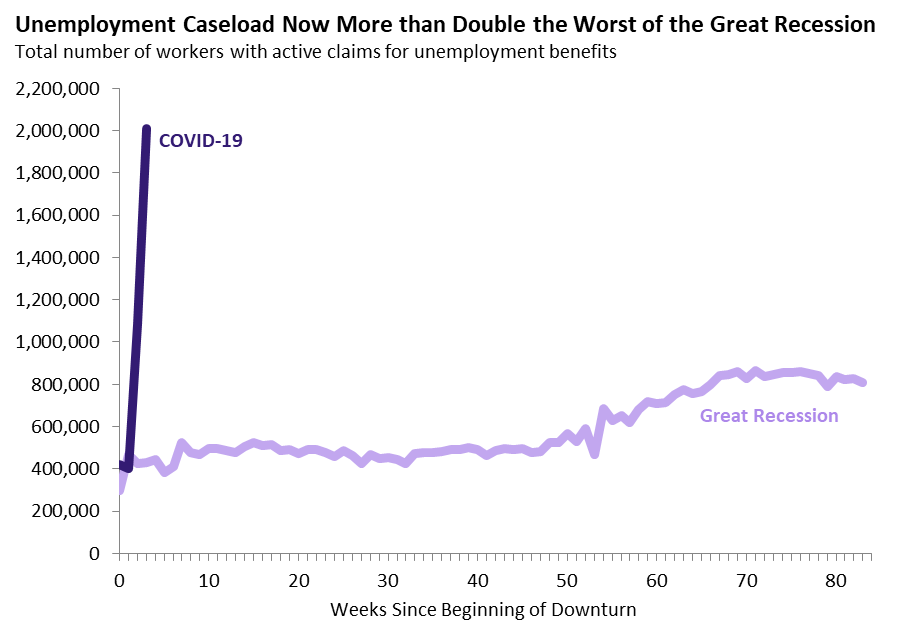 High Level of Claims Will Continue. In a previous post, we pointed out that there is a relatively strong historical relationship between Google search interest in unemployment insurance during a week and the number of unemployment claims in that same week. Search interest spiked to unprecedented levels about three weeks ago and has remained elevated. As a result, we anticipate that claims will remain at very high levels for at least the next few weeks. 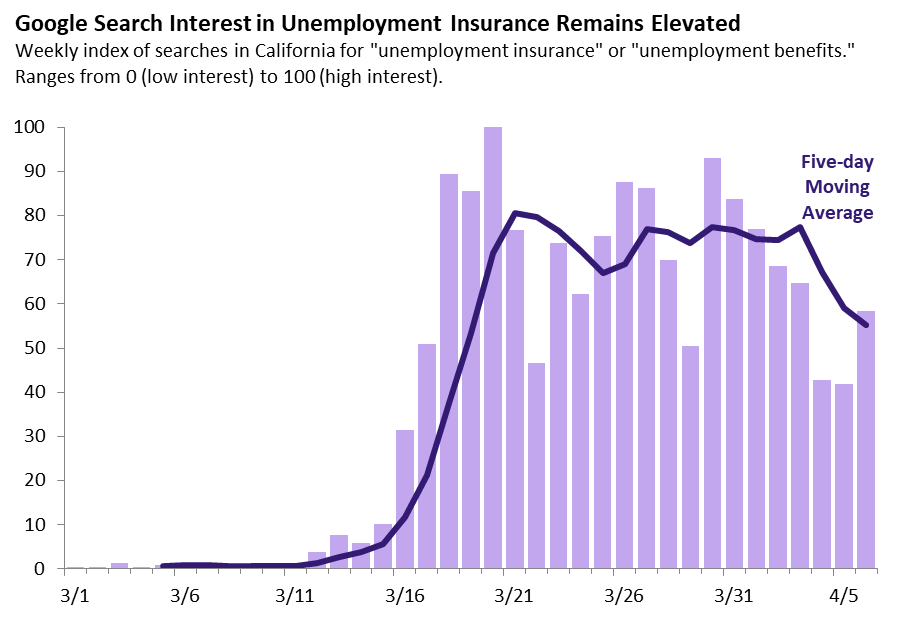