Today the U.S. Census Bureau released preliminary estimates of nationwide retail sales in March 2020. Although these data are not specific to California, they can help us understand the likely effects of the COVID-19 outbreak on revenues from the sales and use tax, a key state and local revenue source. (The data include both brick-and-mortar and Internet sales. Revised March 2020 estimates, based on a bigger sample of retailers, will be available May 15.)

Big Drop in Overall Retail Sales. U.S. retail sales declined substantially in March. In particular, seasonally adjusted sales were 9 percent below February 2020 and 6 percent below March 2019. To put these changes in context, the first figure below displays the last 13 years of monthly retail sales. The change from February was by far the biggest one-month drop since the federal government started publishing these data in 1992. The previous record was a 4 percent drop in November 2008. The biggest recorded twelve-month drop was a 12 percent decline from March 2008 to March 2009. At this point, we would not be surprised if the data for April (available May 15) show a twelve-month drop of more than 12 percent. 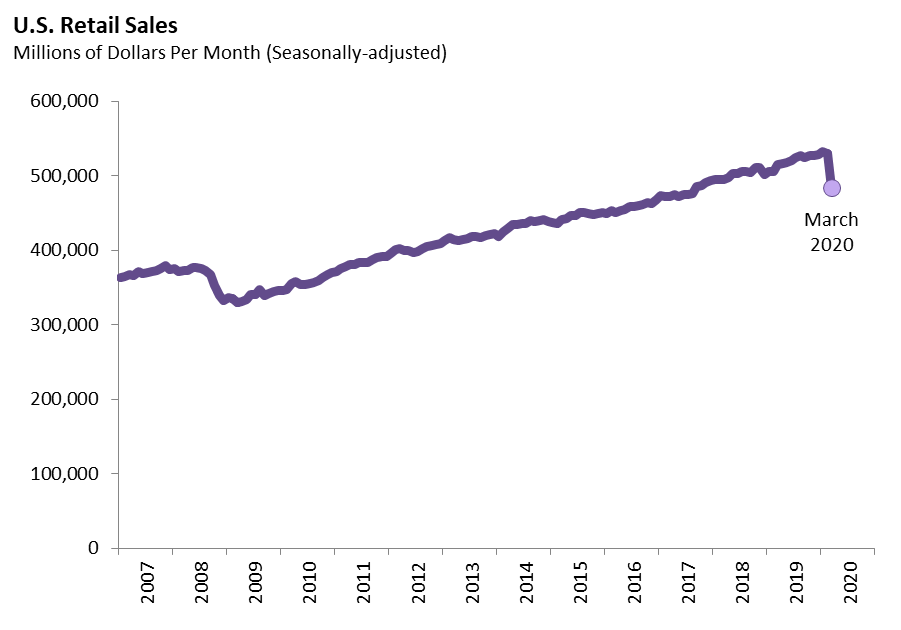 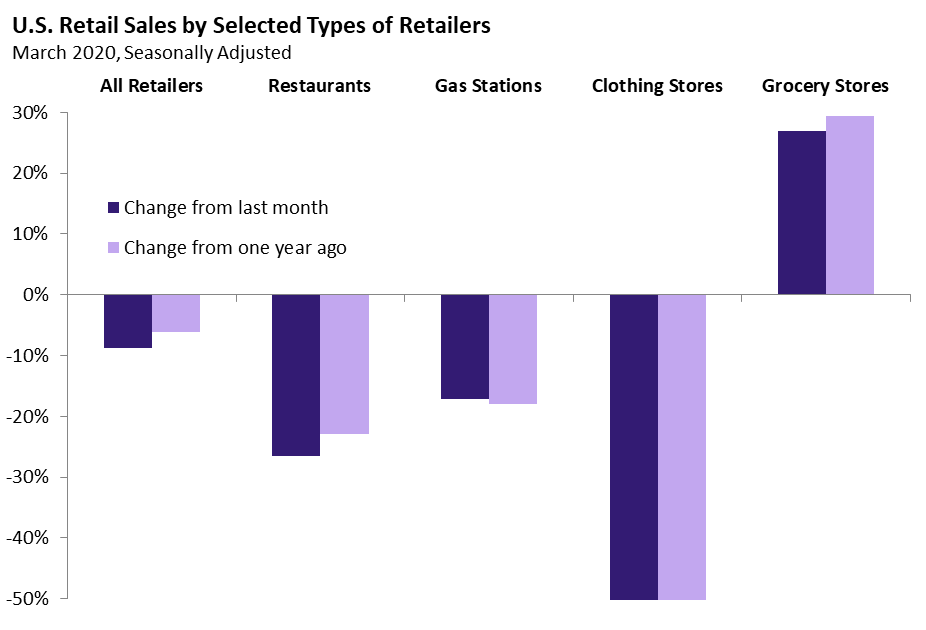 Big Drop for Restaurants, a Key Source of Sales Tax Revenue. As shown in the second figure above, sales by bars and restaurants dropped more dramatically than overall retail sales. In particular, seasonally adjusted sales were 26 percent below February 2020 and 23 percent below March 2019. In recent years, bars and restaurants have accounted for roughly 12 percent of taxable sales in California, so big drops in restaurant sales can lead to substantial declines in state and local sales tax revenue.

Big Drop for Gas Stations Will Disproportionately Affect Local Revenues. The drop in overall retail sales will hurt sales tax revenues both for the state and local governments. Due to a state General Fund exemption for fuel, gas stations are a significant source of sales tax revenue for local governments, but not for the state. As shown in the second figure above, sales by gas stations dropped by 17 percent from February to March.