Unemployment claims are a useful indicator of the health of the state’s economy. Today the U.S. Department of Labor released data on the number of unemployment claims processed by state labor departments during the week of April 5 to April 11. Below we offer some observations on these weekly claims data.

Historically High Claims. California had 660,966 initial claims during this period. Claims have ticked down for two weeks in a row after peaking at about 1 million during the week of March 22 to March 28. Nonetheless, the claims total for April 5 to April 11 is still six times greater than the record high prior to the COVID-19 outbreak of 115,462 in January 2010. 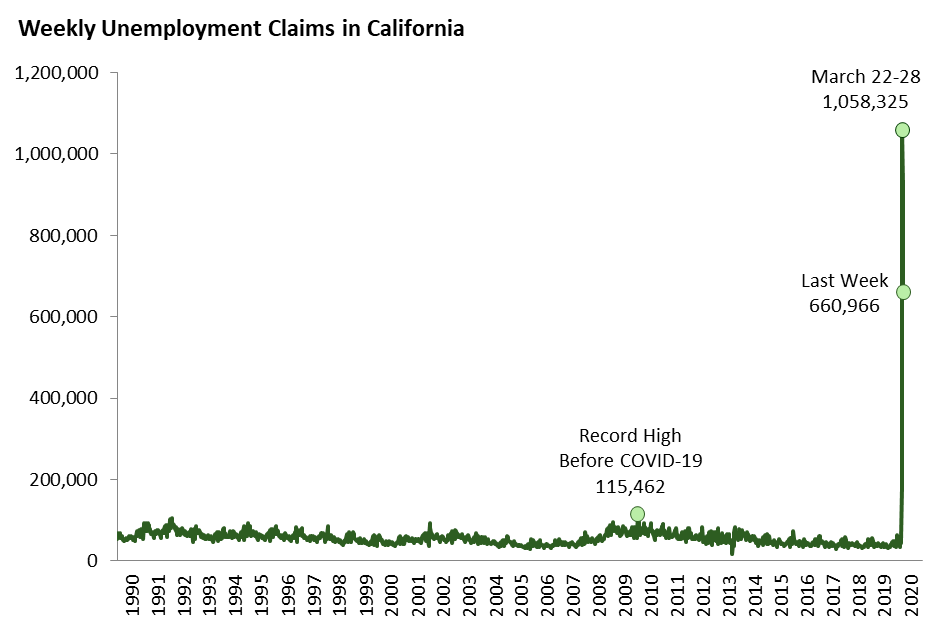 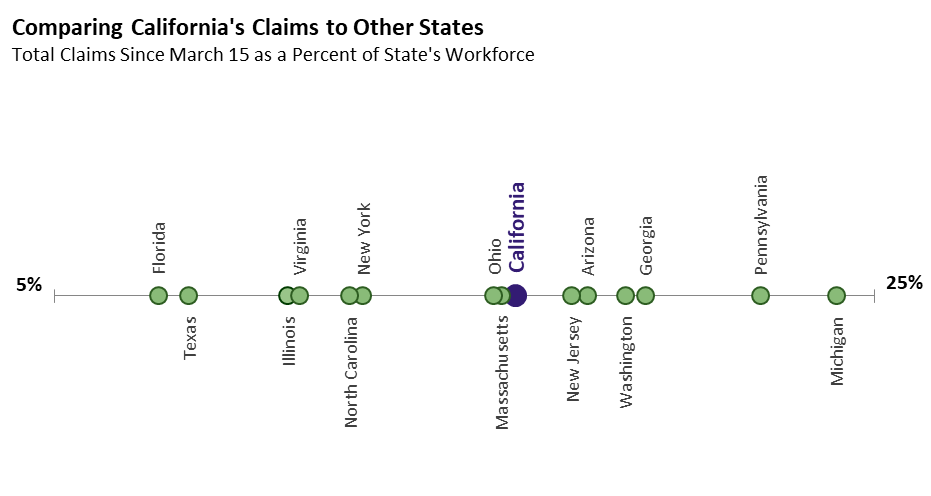 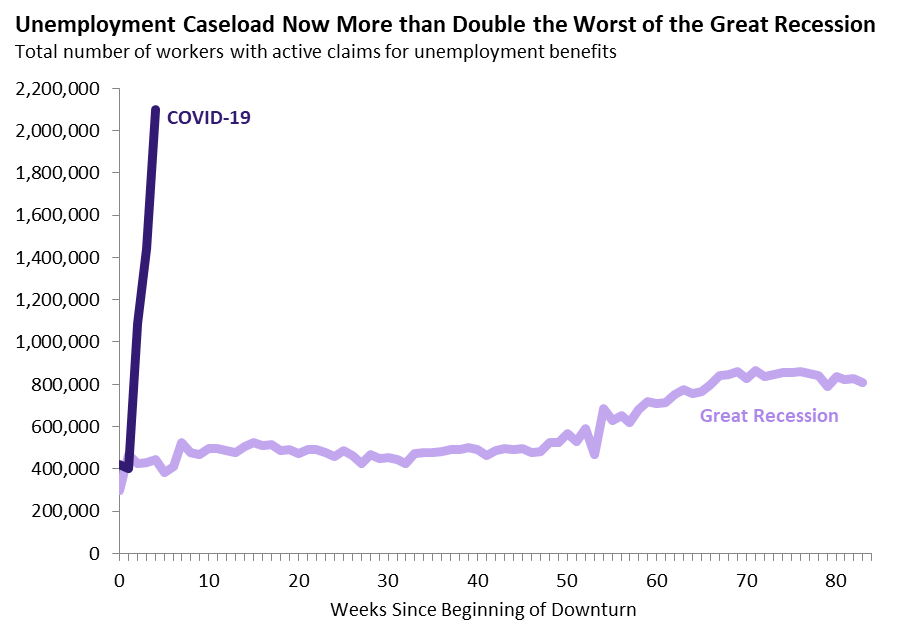 High Level of Claims Will Continue. In a previous post, we pointed out that there is a relatively strong historical relationship between Google search interest in unemployment insurance during a week and the number of unemployment claims in that same week. Search interest spiked to unprecedented levels about a month ago. Over the last two weeks, search interest has decline modestly, but still remains significantly higher than at any other time in the last fifteen years, including during the worst of the Great Recession. As a result, we anticipate that claims will continue to be in the hundreds of thousands per week for at least the next few weeks. 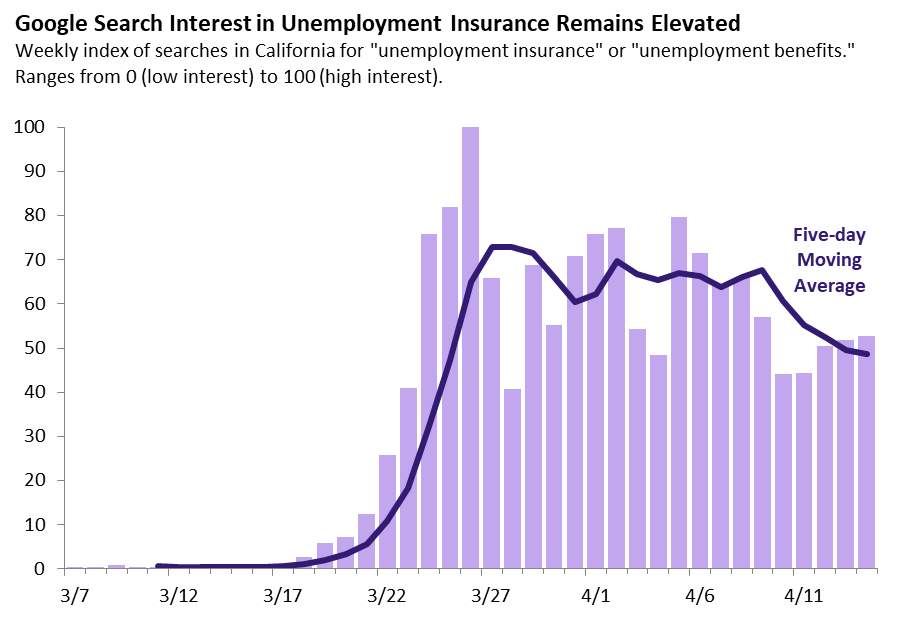