Bottom Line: Weakness in income tax withholding continued this week, with collections experiencing a slightly steeper decline than they did during the comparable week of the Great Recession.

California employers are required to make regular income tax withholding payments for their employees, which can provide a real-time indication of the direction and magnitude of the aggregate change in the employers’ payrolls. Most withholding payments are for employees’ wages and salaries, but withholding is also due on bonuses and stock options received by employees. We caution against giving too much weight to withholding numbers in any given week because a single anomalous day can result in numbers that are difficult to interpret. Nonetheless, given the pace and possible severity of the shift in the state’s economy resulting from the COVID-19 pandemic, tracking weekly withholding is worthwhile as a way to assess the state’s rapidly changing economic situation. 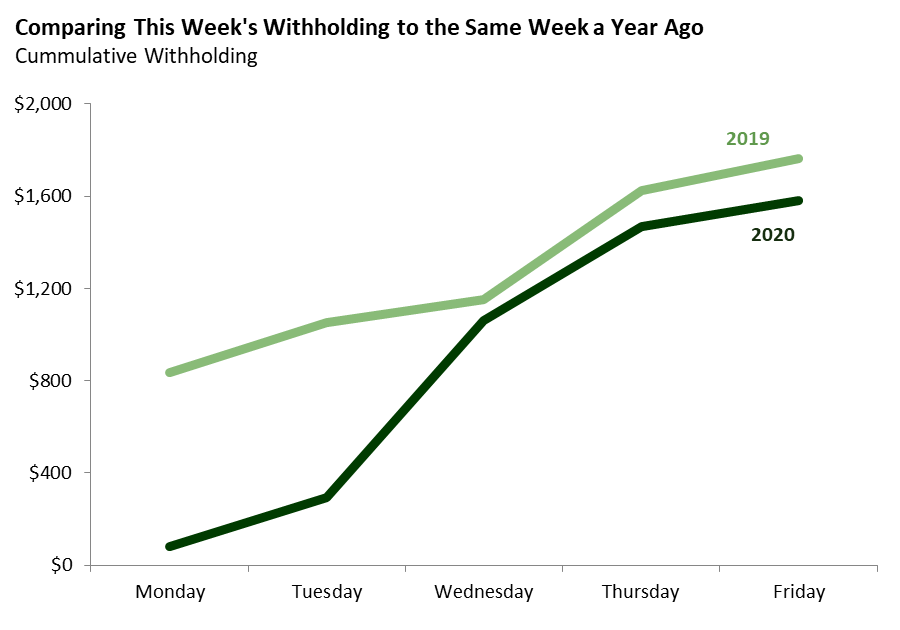 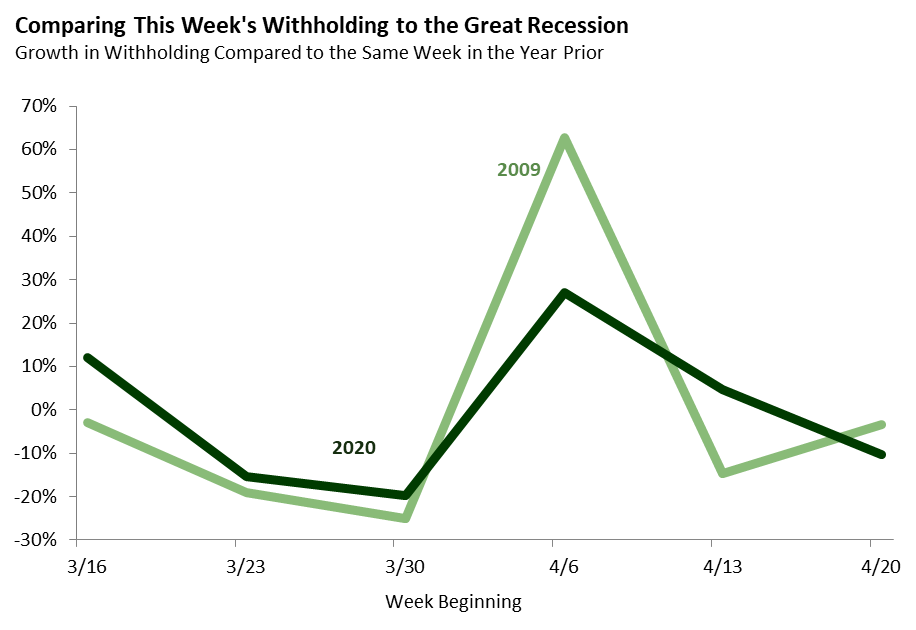 The final graph shows total withholding collections since Monday March 23, when we first started to see evidence of an impact of the pandemic on withholding. As shown in the graph, total collections between March 23 and April 24 are down 5 percent ($350 million) compared to 2019. 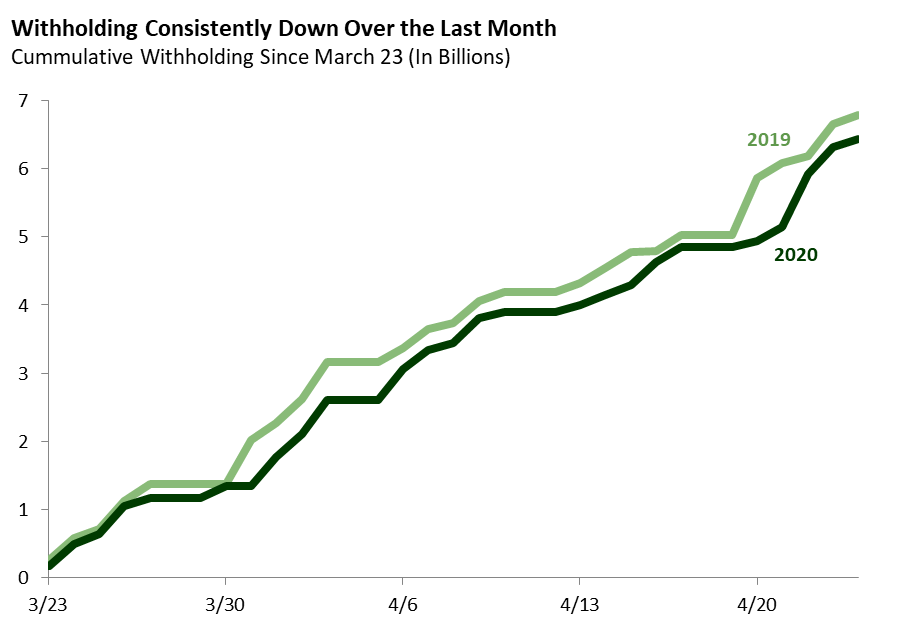