Last week the U.S. Census Bureau released preliminary estimates of nationwide retail sales in April 2020 and revised estimates for March 2020. Although these data are not specific to California, they can help us understand the likely effects of the COVID-19 outbreak on revenues from the sales and use tax, a key state and local revenue source. (The data include both brick-and-mortar and Internet sales.)

Biggest Drop Ever Measured. After declining substantially in March, U.S. retail sales dropped at an even faster pace in April. Seasonally adjusted April sales were 16 percent below March 2020 and 22 percent below April 2019. To put these changes in context, the figure below displays the last 13 years of monthly retail sales. The one-month and twelve-month changes in April were the biggest since the federal government started publishing these data in 1992. In percentage terms, both declines were nearly double the previous record. (In the one-month case, the record was set the prior month, which itself roughly doubled the previous record at that time.) 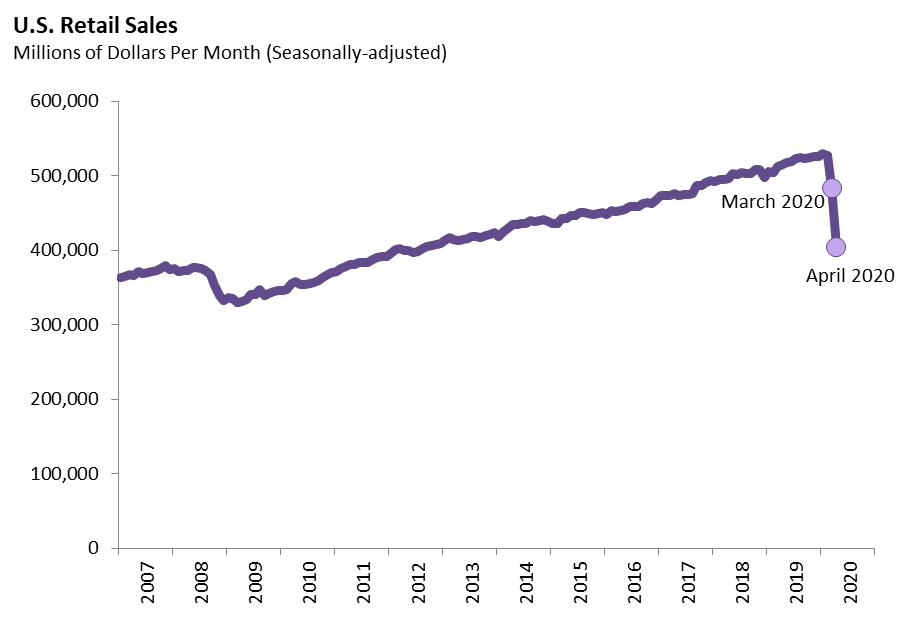