Bottom Line: California income tax withholding appears to have settled in at a level about 3 percent below the same period in 2019. 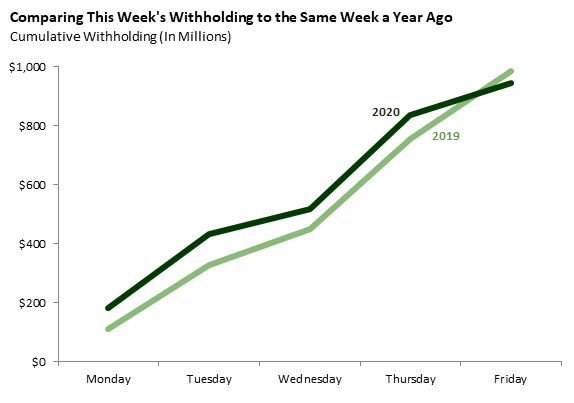 The second graph compares the year-over-year percent change in withholding (withholding this week relative to the same week in 2019) to the weekly changes observed from March through June of 2009, when the state was in the depths of the Great Recession. The comparable week during the Great Recession showed a 4 percent increase from the same week in 2008. This was a change from the recent pattern of smaller year-over-year withholding declines than in 2009. 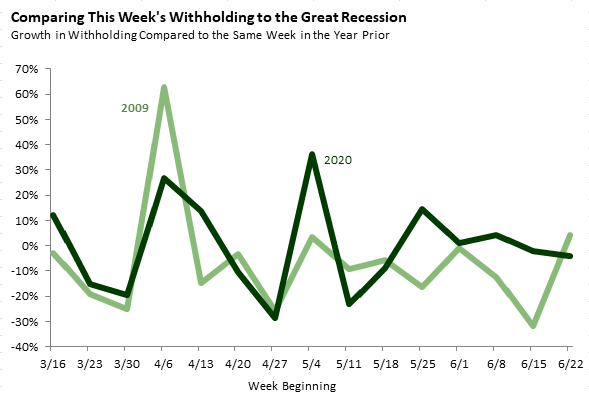 The final graph shows total withholding collections since Monday March 23, when we first started to see evidence of an impact of the pandemic on withholding. As shown in the graph, total collections between March 23 and June 26 are down 3.2 percent ($559 million) compared to 2019. The cumulative decline also stood at 3.2 percent two weeks ago, and last week it was 3.1 percent. 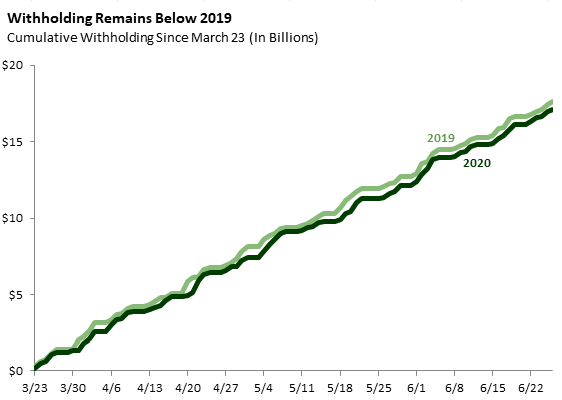