Inland Counties Have Higher Unemployment Rates. Our recent post on California’s job situation included a map that shows the December 2014 unemployment rate by county. The counties in the interior of the state, especially in the Central Valley, generally have higher unemployment rates than the coastal counties do.

Agriculture a Key Factor. Counties where the economy revolves around agriculture tend to have higher unemployment than counties with economies that revolve around industry or services, which is understandable given the seasonal nature of many farm jobs and other factors. The scatterplot below shows all 58 California counties, with the county’s average unemployment rate in 2013 on the vertical axis and the fraction of the county’s total wage and salary jobs in 2013 that were on farms on the horizontal axis. (The figures for farm jobs do not include jobs in sectors that provide services to farms, nor do they include the self-employed.) 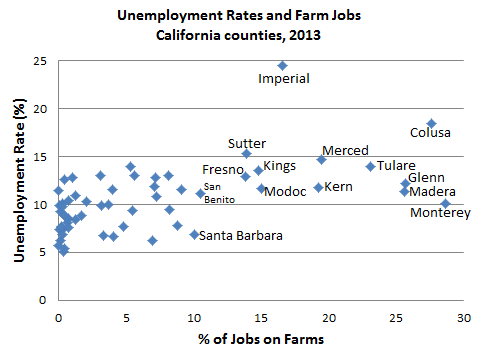 The map from the Employment Development Department showing December 2014 non-seasonally-adjusted unemployment rates by county is displayed below. 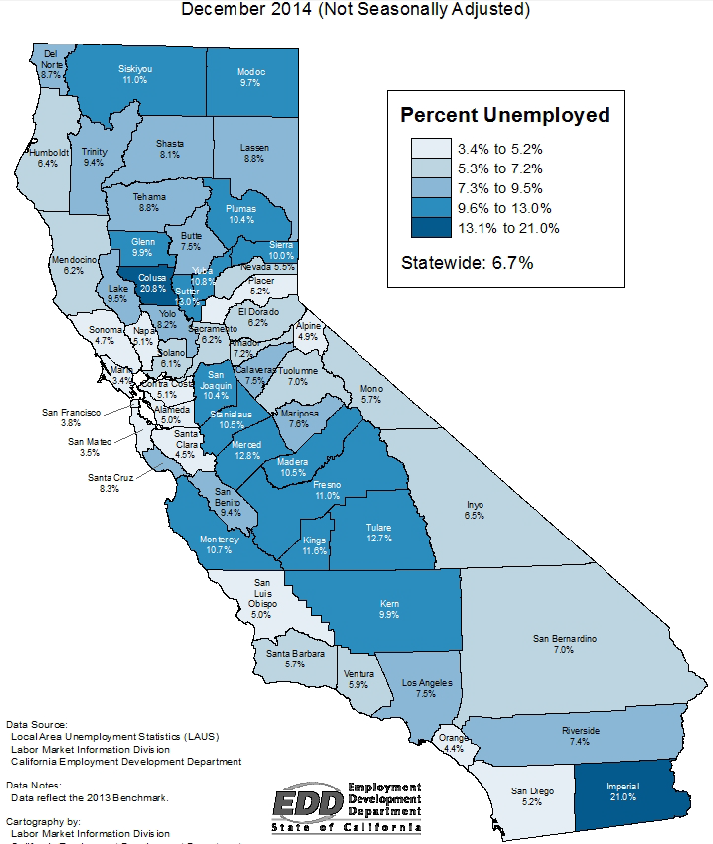