Bottom Line: California income tax withholding had a surprising surge this week, and total collections since late March are now 0.8 percent above the comparable period in 2019. 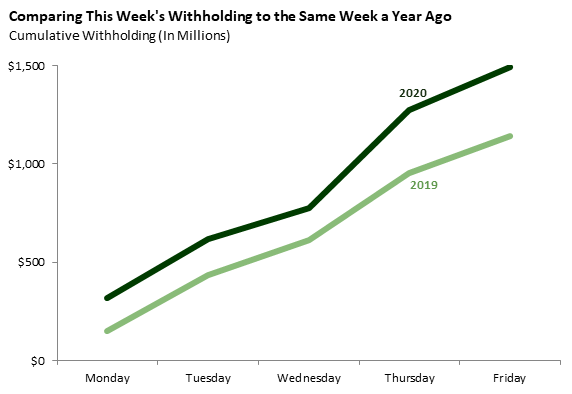 The second graph shows total withholding collections since Monday, March 23, when we first started to see evidence of an impact of the pandemic on withholding. As shown in the graph, total collections between March 23 and August 28 are up 0.8 percent ($216 million), the first time since this tracker was started that it has shown a net gain from 2019. Last week, the tracker showed a cumulative decline of 0.5 percent ($138 million). 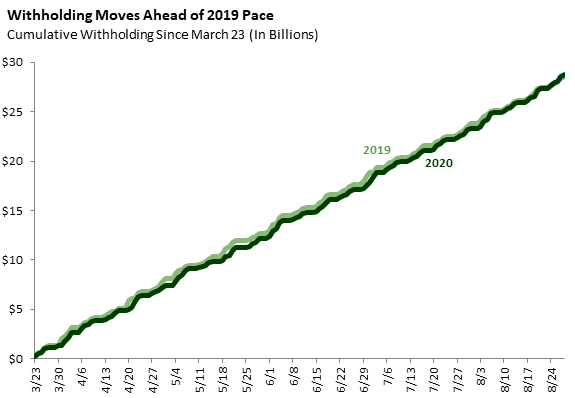 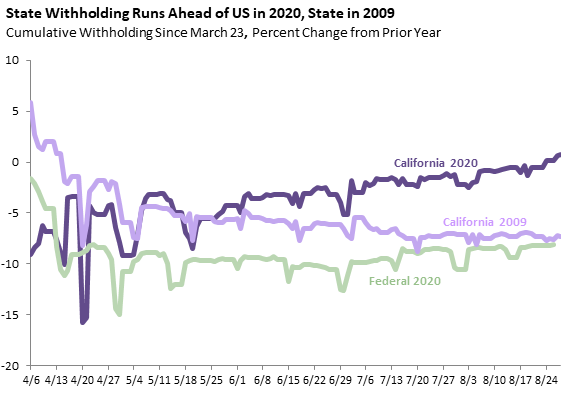