The first graph compares withholding payments received this week to payments received in the comparable week in 2019, which ran from Monday, September 23 to Friday, September 27 of that year. Withholding was up 40 percent from the comparable week in 2019. Collections were especially high on Monday and Tuesday. These days may have included some one-time windfalls from initial public offerings, as seven California-based companies with a combined valuation of well over $50 billion went public last week. 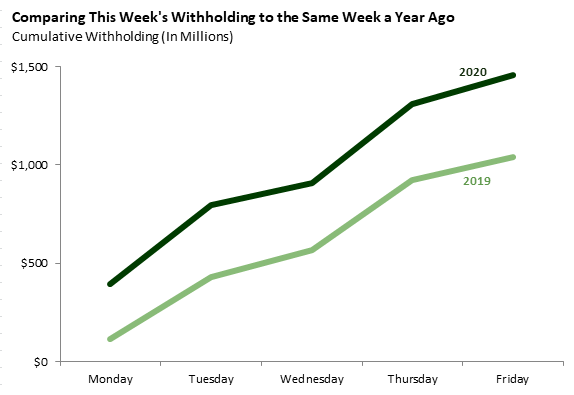 The second graph shows total withholding collections since Monday, March 23, when we first started to see evidence of an impact of the pandemic on withholding. As shown in the graph, total collections between March 23 and September 25 are up 1.9 percent ($651 million) compared to the same period in 2019. Last week, the tracker showed an increase of 0.7 percent ($234 million). 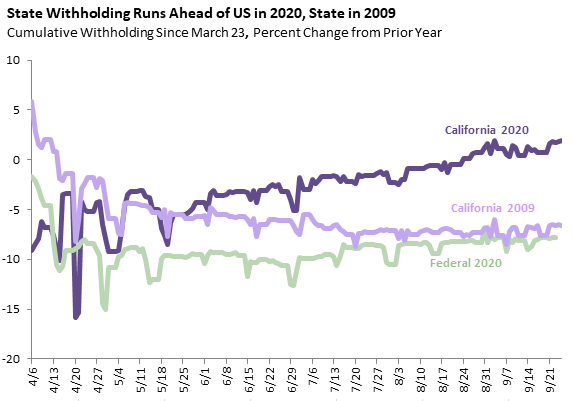