The first graph compares withholding payments received this week to payments received in the comparable week in 2019, which ran from Monday, October 7 to Friday, October 11 of that year. Withholding was up 74 percent from the comparable week in 2019. The first few processing days of every month tend to have much higher collections than the rest of the month. Three days of this week were among the first five processing days in October, compared to just one day of the same week last year. As such, it is more meaningful to compare the past two weeks to the same weeks in 2019. Collections from September 28 to October 9 of this year were 9 percent above collections from September 30 to October 11 last year. 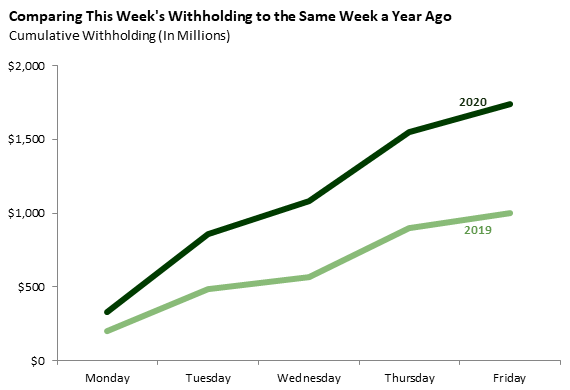 The second graph shows total withholding collections since Monday, March 23, when we first started to see evidence of an impact of the pandemic on withholding. As shown in the graph, total collections between March 23 and October 9 are up 2.5 percent ($910 million) from the same period in 2019. Two weeks ago, the tracker showed an increase of 1.9 percent ($651 million). 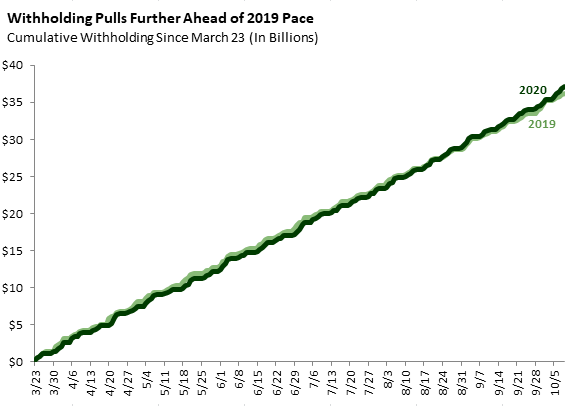 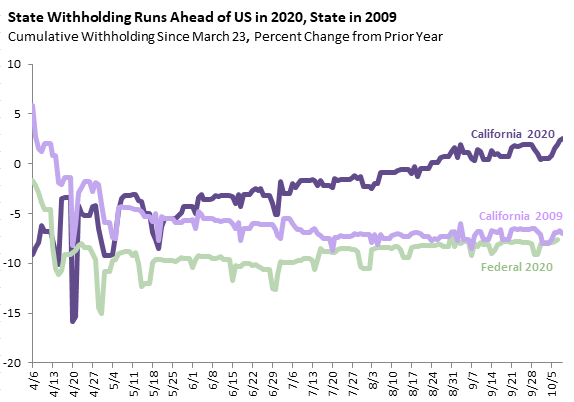