Bottom Line: California income tax withholding collections this week were 4 percent below the comparable week in 2019, although total withholding since late March remains 2.4 percent above the same period last year.

The first graph compares withholding payments received this week to payments received in the comparable week in 2019, which ran from Monday, October 14 to Friday, October 18 of that year. Withholding was down 4 percent from the comparable week in 2019. Collections were very low on Tuesday, as the day after Columbus Day is always one of the slowest processing days of the year. 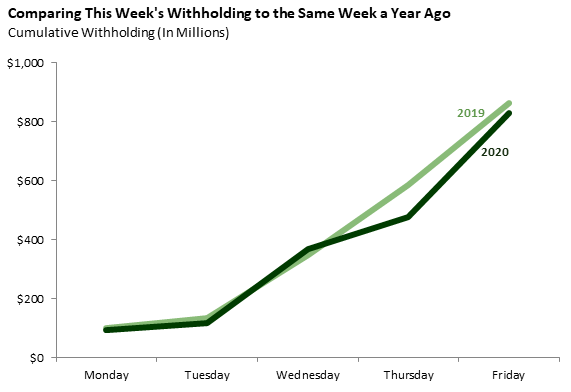 The second graph shows total withholding collections since Monday, March 23, when we first started to see evidence of an impact of the pandemic on withholding. As shown in the graph, total collections between March 23 and October 16 are up 2.4 percent ($876 million) from the same period in 2019. Last week, the tracker showed an increase of 2.5 percent ($910 million). 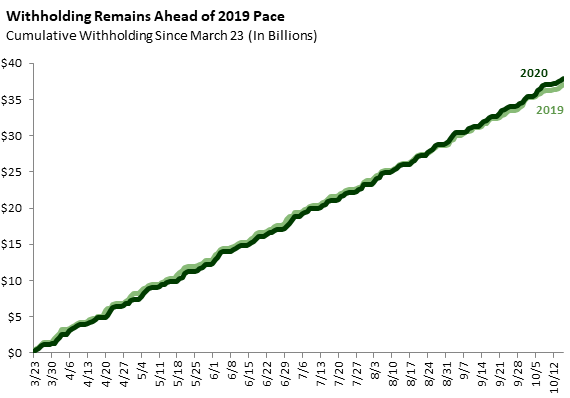 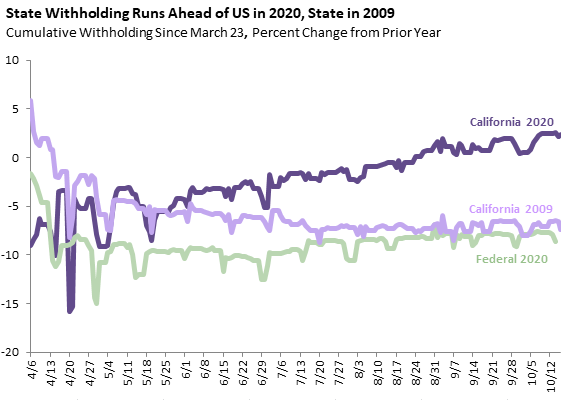