The first graph compares withholding payments received this week to payments received in the comparable week in 2019, which ran from Monday, October 21 to Friday, October 25 of that year. Withholding was up 27 percent from the comparable week in 2019. The Wednesday figure was $1.089 billion, the single biggest withholding day in state history that did not fall in the first week of January. October 21 is typically a very large collection day, as many firms pay the withholding due for their employees’ third quarter bonuses on that date. Last year, the state collected $720 million on Monday, October 21. It is not immediately clear why Wednesday’s collections were so much higher than normal. 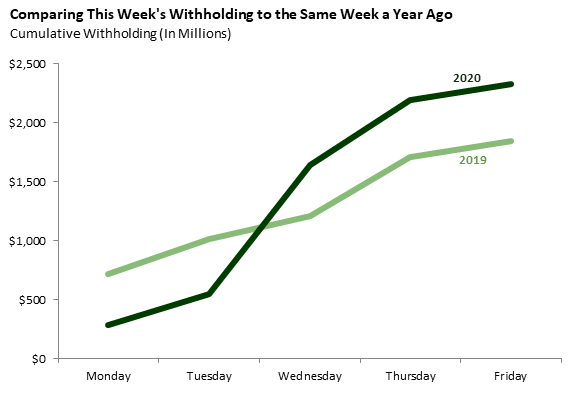 The second graph shows total withholding collections since Monday, March 23, when we first started to see evidence of an impact of the pandemic on withholding. As shown in the graph, total collections between March 23 and October 23 are up 3.5 percent ($1.365 billion) from the same period in 2019. Last week, the tracker showed an increase of 2.4 percent ($876 million). 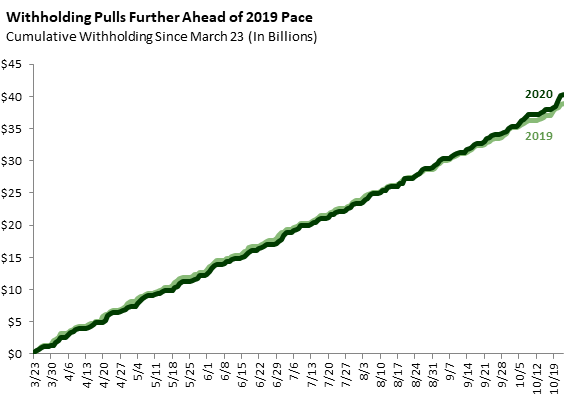 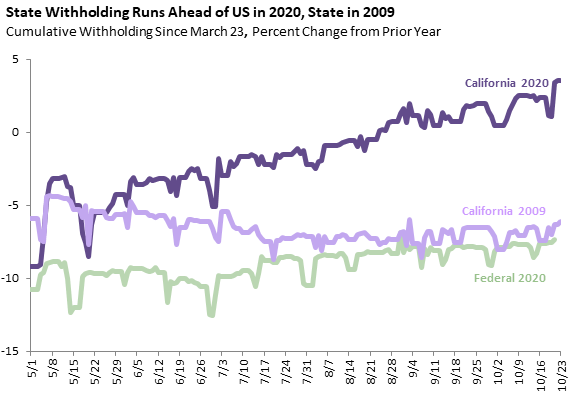