As described in an earlier post, we are using credit and debit card spending data provided by Opportunity Insights to track sales tax trends in California. To do this, we use an index—a weighted average of different spending categories—designed to track movements in California’s sales tax base. In this post, we update the index to include December data and to incorporate data revisions for earlier months. 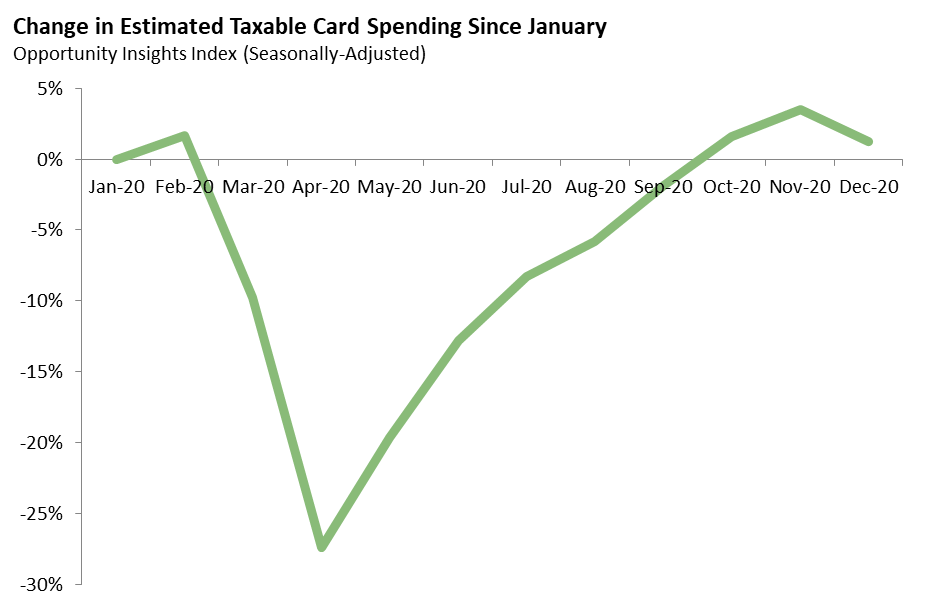