Today the U.S. Census Bureau released preliminary estimates of nationwide retail sales in December 2020 and revised estimates for November 2020. (The data include both brick-and-mortar and Internet sales.)

Notable Decline in Monthly Sales... In December, seasonally adjusted U.S. retail sales declined for the second month in a row. In particular, sales dropped by 0.7 percent from November to December, resulting in a cumulative two-month decline of 2 percent from October to December. On one hand, this two-month decline was much smaller than drops associated with severe economic contractions, such as spring 2020 or the worst parts of the Great Recession. On the other hand, such declines are very uncommon during periods of economic growth. 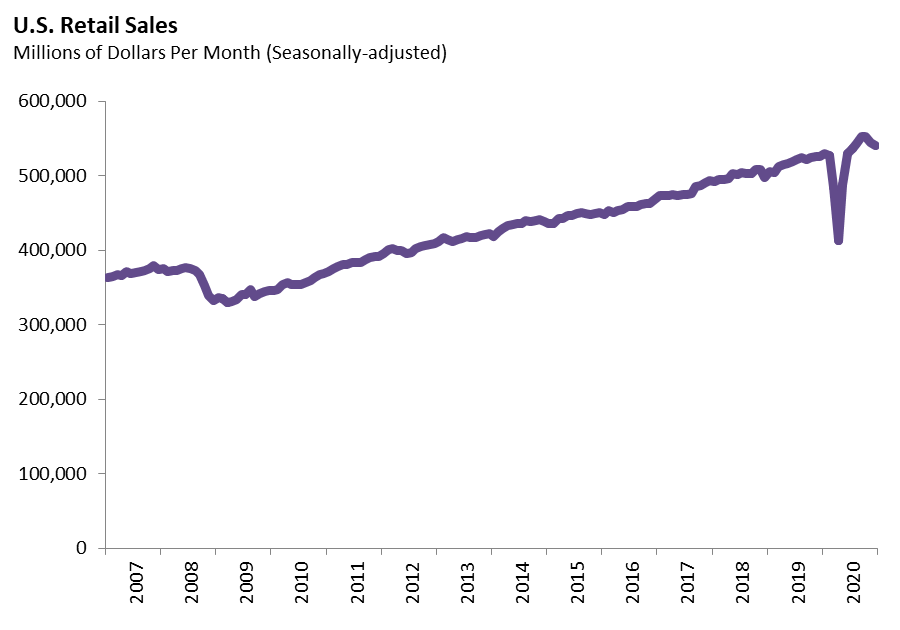