Today the U.S. Census Bureau released preliminary estimates of nationwide retail sales in March 2021 and revised estimates for February 2021. (The data include both brick-and-mortar and Internet sales.)

Retail Sales Post Big Gains. March retail sales were nearly 10 percent above February and 28 percent above March 2020. The monthly uptick in March was the second largest in at least 25 years, trailing only May 2020, when the economy was beginning to recover from the worst of the early pandemic slowdown. 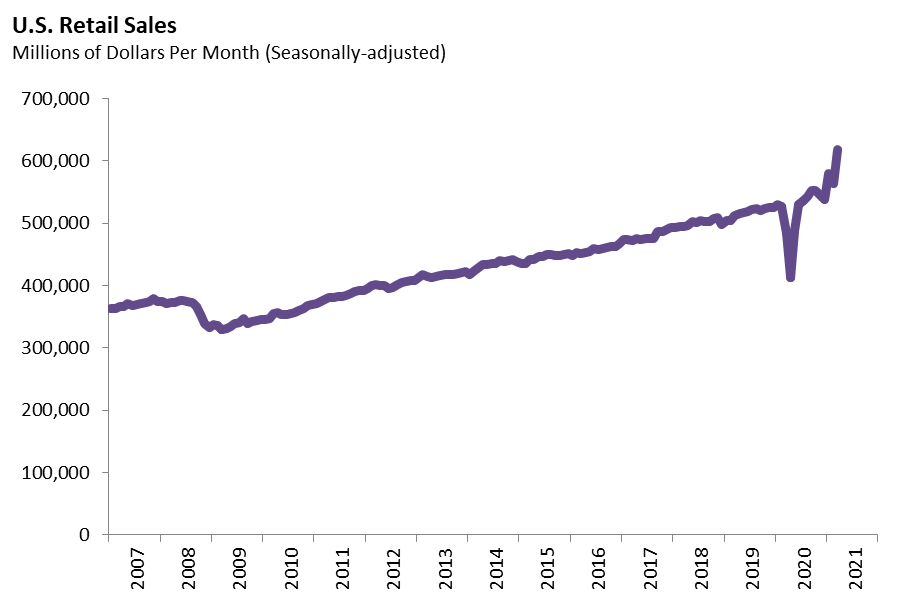