Home sales can be a good indicator of the health of the state’s economy and housing markets. California home sales have surged since the pandemic-driven plunge last spring, although the last three months have been only modestly above the recent average for those months. July’s total of 38,389 was the highest July figure since at least 2012, although it was only a hair above 2015. Historically low mortgage rates, strong income growth among the state’s higher earners, and possibly the increased emphasis on working from home have contributed to the recent boom, although it now appears that rapidly escalating prices may be tempering buyers’ enthusiasm. The graph below shows unadjusted home sale counts according to Redfin, a national real estate brokerage. Sales are booked when they close, so monthly counts primarily reflect contracts that were signed in the previous month. 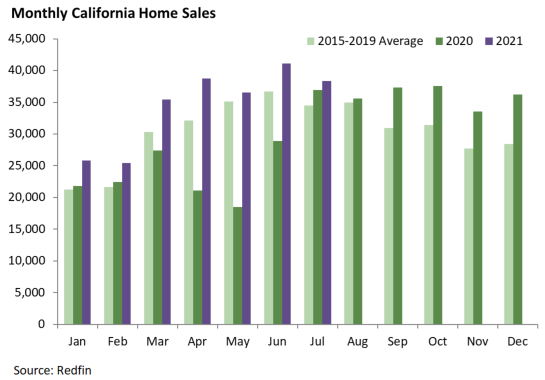 This next graph shows weekly counts for the past 52 weeks using Redfin data for California’s twelve largest markets. Sales over the last six weeks in the series (July 5-11 through August 9-15) were very similar to the same weeks in 2020. Sales typically peak in June and then gradually tail off over the rest of the year, as the above graph shows. 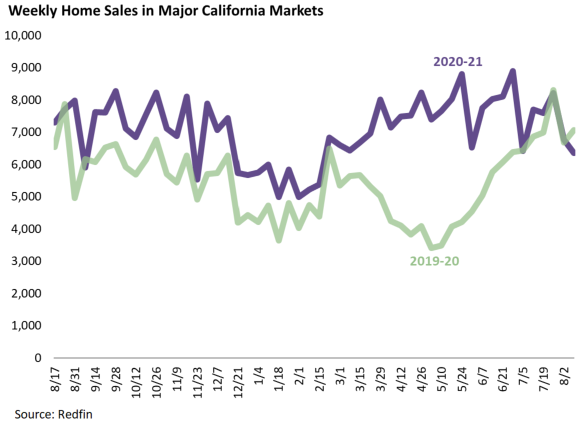