In most months, in presenting this monthly summary of the EDD report, we will present the following table displaying key employment trends in California by sector. (For more information on the sectors listed in green, black, and red, see this earlier blog post.) 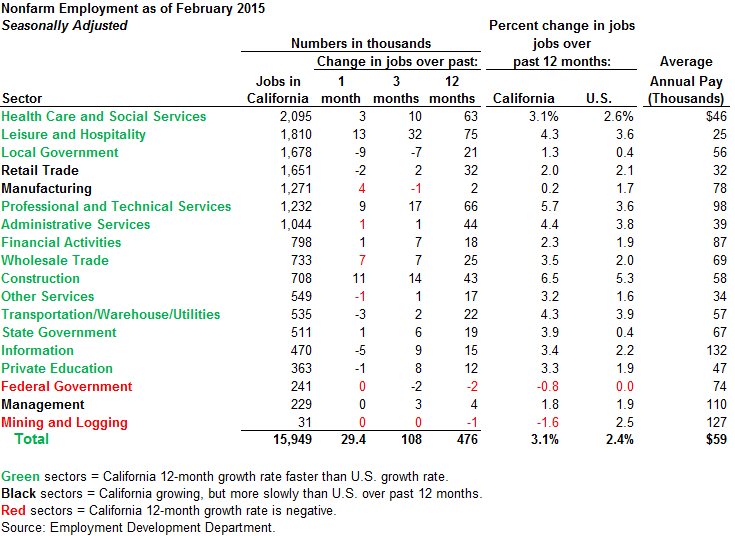 California 12-Month Growth Rate Above U.S. in 13 of 18 Sectors Tracked. As shown above, 13 of the 18 sectors we track are colored green. This means that these sectors' job growth rates in California have been greater than in the U.S. as a whole over the past 12 months. Only 2 of the 18 sectors are colored red, signifying a contraction of jobs in that sector in California over the last 12 months. California's job growth is outpacing the U.S., with the number of nonfarm jobs in the state up 3.1% over the past 12 months, versus 2.4% for the U.S. as a whole.

Professional and Technical Services An Important Sector for California. Over the past year, professional and technical jobs are up 5.7% statewide. According to non-seasonally-adjusted data, this sector is being driven by growth in computer systems and consulting services. These are important exportable sectors for California, with relatively high pay. Technology jobs are more concentrated in the Bay Area than Los Angeles, which has been one reason for the Bay Area doing relatively better. As shown below, seasonally-adjusted job growth in Los Angeles County has lagged the state as a whole. (The data below were taken from the U.S. Bureau of Labor Statistics website on the morning of April 9, reflecting adjustments to some data posted earlier on the EDD website and in an earlier version of this post.) 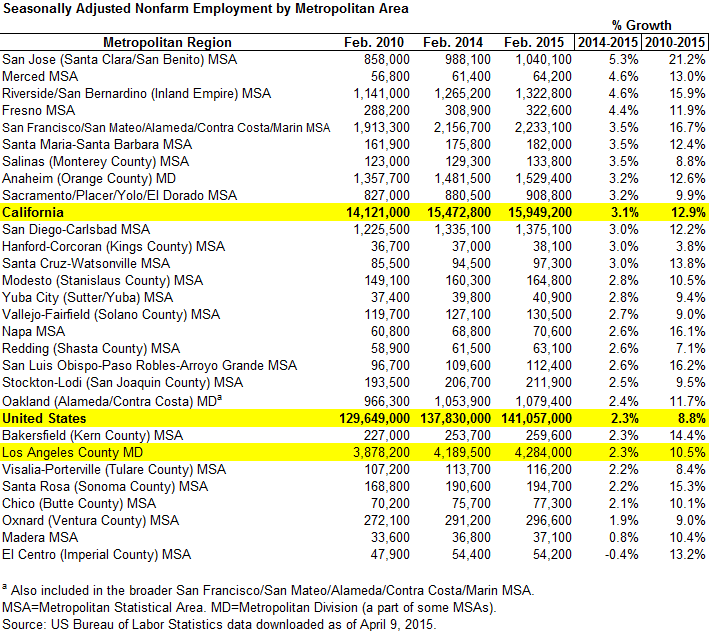 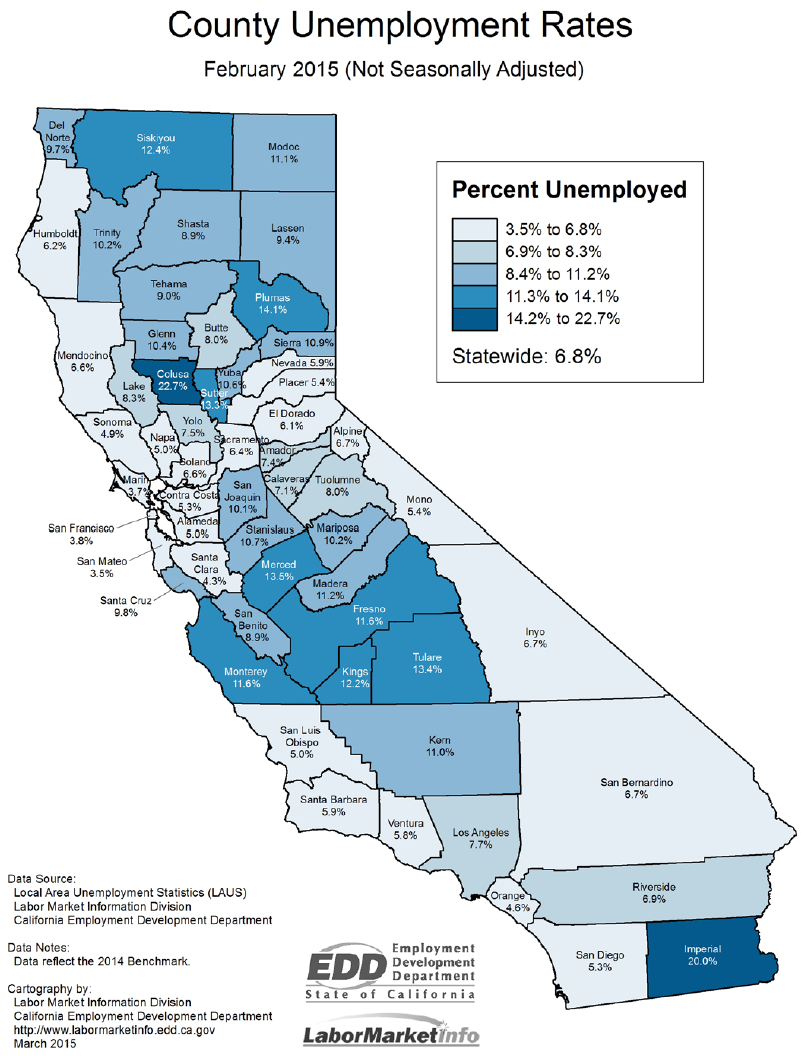 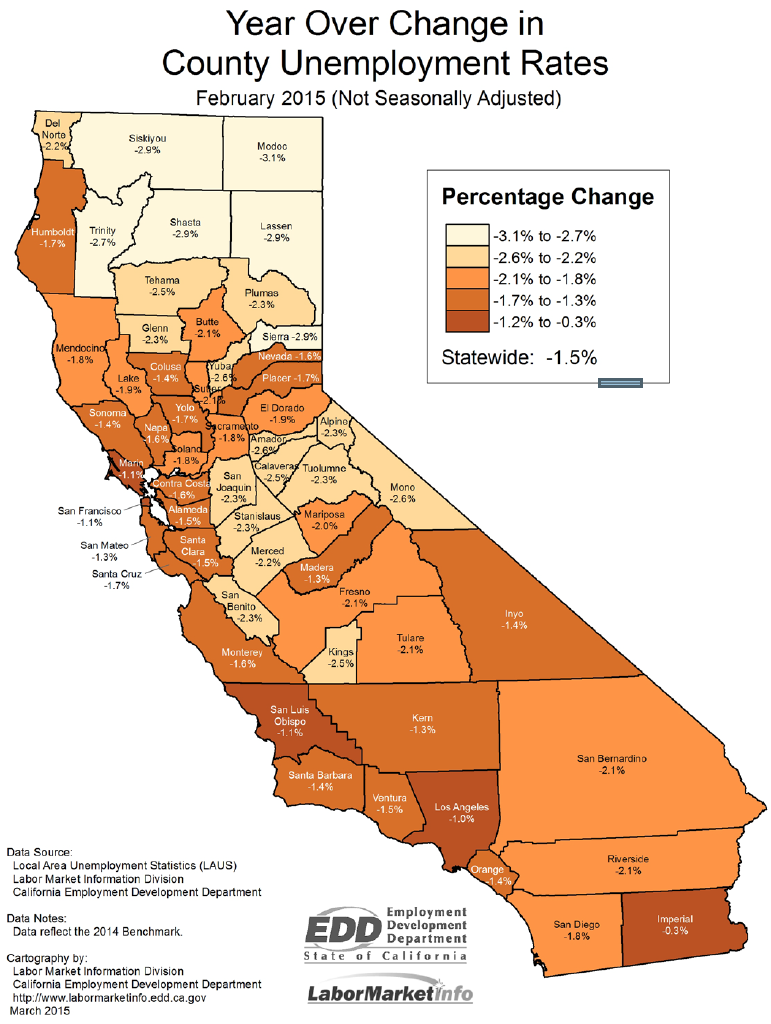