This is the third blog post in our series California’s Property Tax: Where Does Your Money Go? This post examines the revenue from the 1 percent tax available for a subset of local governments.

Property Tax Revenue for Counties, Cities, and Special Districts Varies Widely. Almost all property taxes collected in a county stay within that county. Within each county, total property tax revenue available for the county, cities, and special districts ranges from over $5,000 per resident in Alpine County to less than $270 per resident in Imperial County. As seen in the map below, though Alpine and Imperial Counties are at the extremes of the distribution, there are still significant differences among counties’ property tax revenue for non-school local government services. The variation across counties largely is explained by three factors: 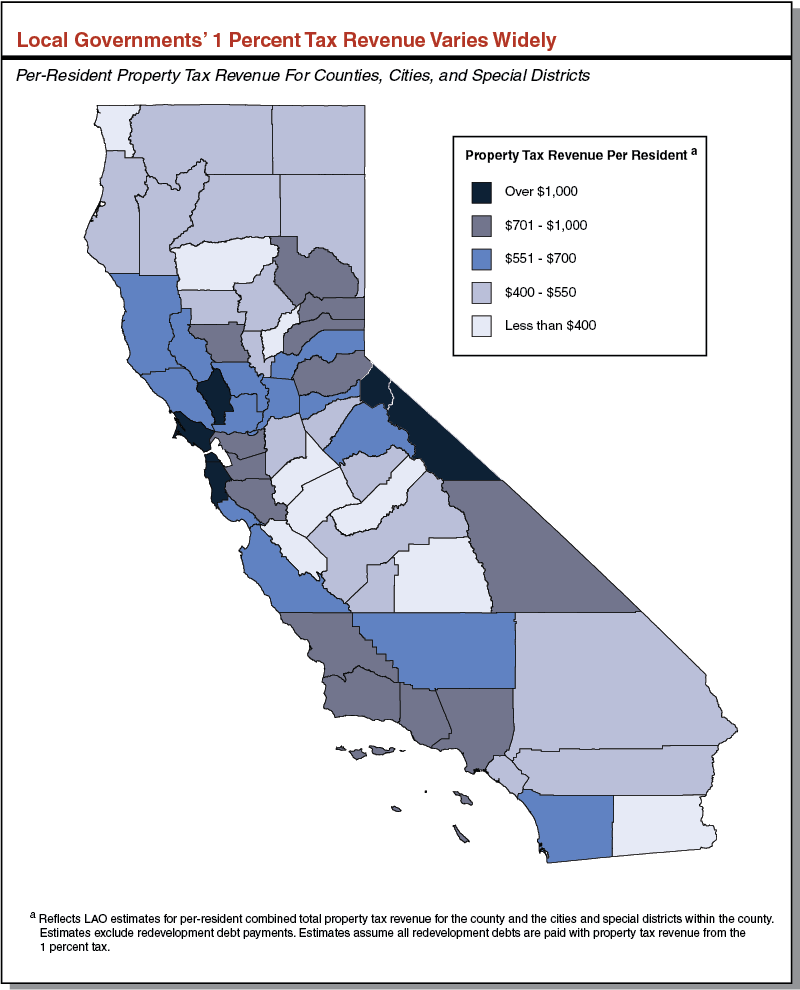 Click here to view a larger version of the map and scroll over each county for exact amounts.