This is the eighth blog post in our series California’s Property Tax: Where Does Your Money Go?. Over the past weeks, our posts have described how the property tax decisions of the mid-1970s continue to influence property taxes today. This post explores how those decisions affect funding for local airport services now in one part of the state.

Three Airports Serve the Lake Tahoe Area. As seen in the figure below, Placerville Airport (PVF), Lake Tahoe Airport (TVL), and Truckee Tahoe Airport (TRK) all serve the greater Lake Tahoe area. El Dorado County established both PVF and TVL in 1929 and 1958, respectively. Today, El Dorado County continues to manage PVF, but TVL is operated by the City of South Lake Tahoe. Whereas PVF and TVL are managed by a county and a city, voters in Placer and Nevada Counties established TRK as an enterprise special district in 1958. As an independent special district, TRK is managed by an elected board. (The boundaries of the special district include areas within both Placer and Nevada Counties.) 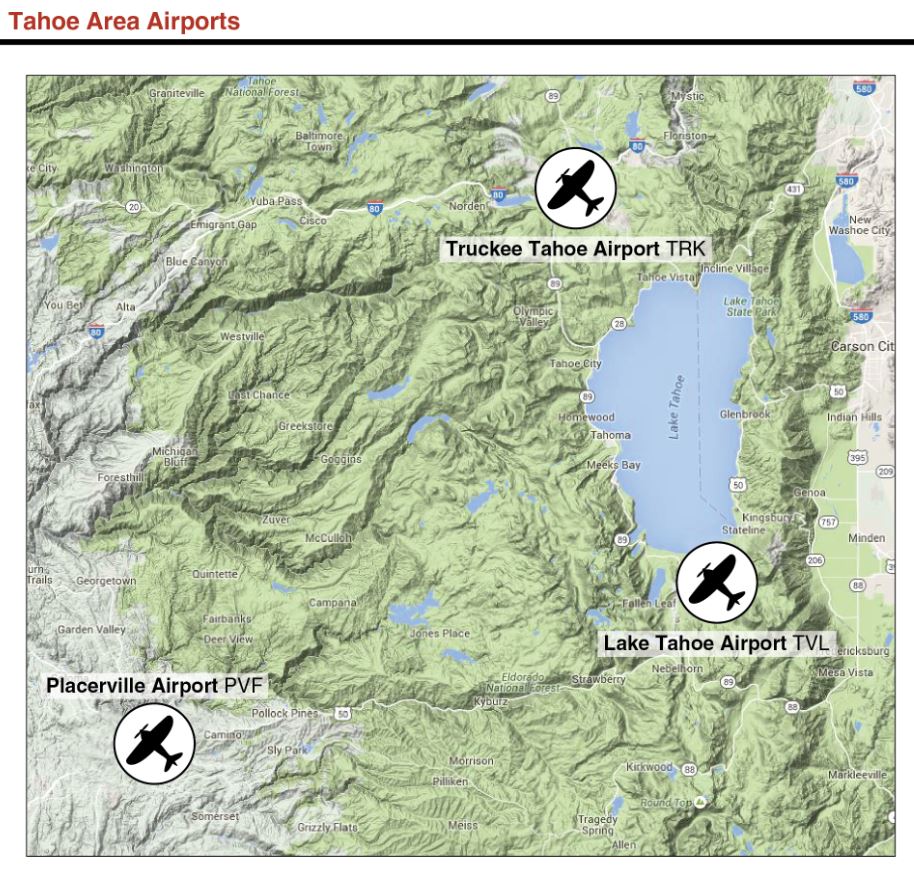 All Three Airports Charge Fees. To support the operations of the airports, all three charge fees to visiting aircraft. The fees include landing fees, hanger fees, tie-down fees, and fuel fees.  These fees, however, currently are not sufficient to cover the full cost of operating the airports.

All Three Airports Receive “Outside” Revenue. Because fees do not cover the full cost of operating the airports, each airport receives “outside” revenue. PVF and TVL each receive General Fund revenue from their local governments (as discussed above, PVF is managed by El Dorado County and TVL is managed by the city of South Lake Tahoe). General Fund revenue from their local governments can come from a variety of sources, but counties’ and cities’ primary source of revenue is the 1 percent property tax.