An interactive version of this map - with more detail on these Bay Area communities' minimum wages - is available at this link. 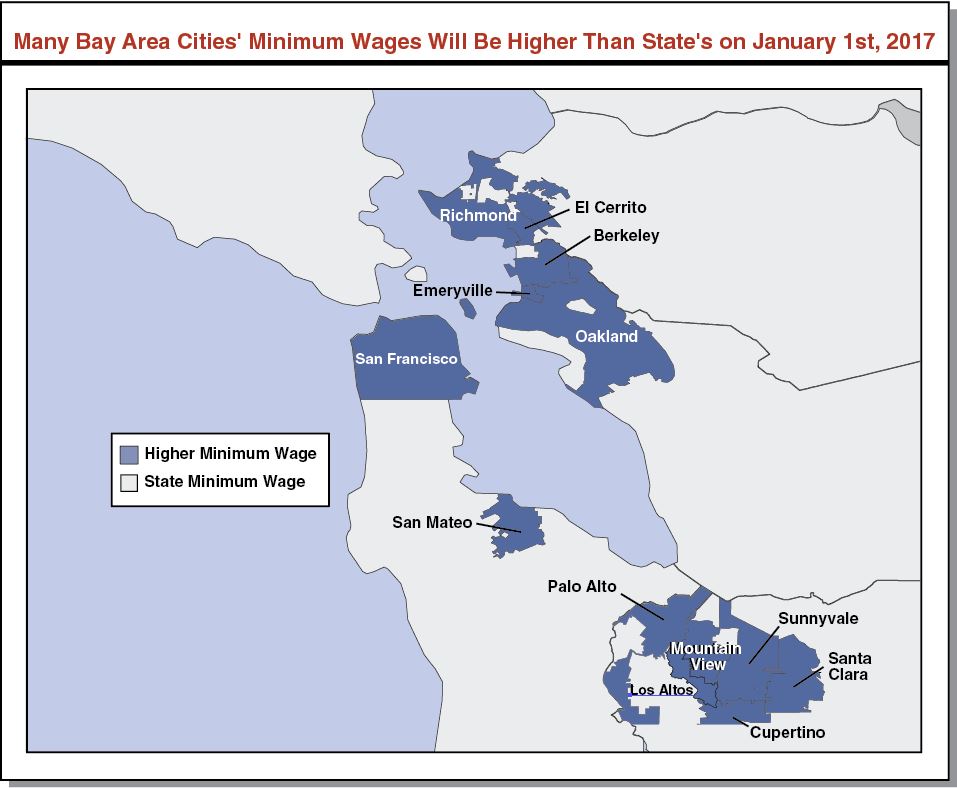 …While Others Will Have Higher Minimum Wages Later in the Year. On July 1, 2017, the minimum wage will increase to $12 per hour in six cities—Los Angeles, Malibu, Pasadena, San Jose, San Leandro, and Santa Monica—and in unincorporated Los Angeles County. (Like the statewide minimum wage increase, most of these increases initially will apply only to employers with 26 or more employees. They will apply to employers with fewer than 26 employees one year later.)