Beginning on April 17, we track April state income tax collections daily. Follow us on Twitter @LAOEconTax. Direct message us via Twitter or e-mail us with questions.

March is a minor revenue month for the state’s "Big Three" taxes--the personal income tax (PIT), the sales and use tax (SUT), and the corporate income tax (CT)--accounting for only about 5 percent of the total revenue projected by the administration for the current fiscal year. Nonetheless, collections from the two income taxes were quite strong in March, based on preliminary tax agency data.  Combined, the two income taxes beat the administration’s projections by $1.2 billion, as shown in the figure below. The sales tax fell short of administration projections by $66 million. (The table at the end of this post details the March results received to date.) 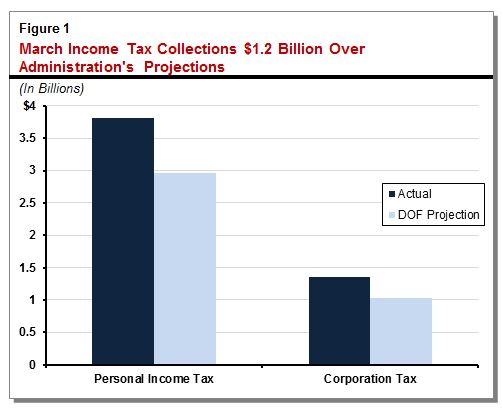 In our November 2016 revenue tracking post, we noted a trend of elevated CT refunds. Specifically, refunds for July through November had been 40 percent higher than administration projections over the same period. We theorized that the trend could be explained by either (1) changes in taxpayer behavior (ongoing effect) or (2) operational changes at the Franchise Tax Board (temporary effect). While it is still too early to reach a definitive conclusion, it appears that the second theory is most likely, as the trend has reversed for December through March. At this time, we think that CT refunds may have been accelerated to July through November from later in the year.

April also will be a significant CT refund month. Moreover, recent legislation delayed the filing deadline for certain corporations from March to April, which could result in additional shifts in tax collections.

SUT Falls Short of Projection. According to preliminary data, March SUT collections fell short of the administration's projections by $66 million. This 4 percent shortfall, while disappointing, was an improvement over the 8 percent shortfall in February. 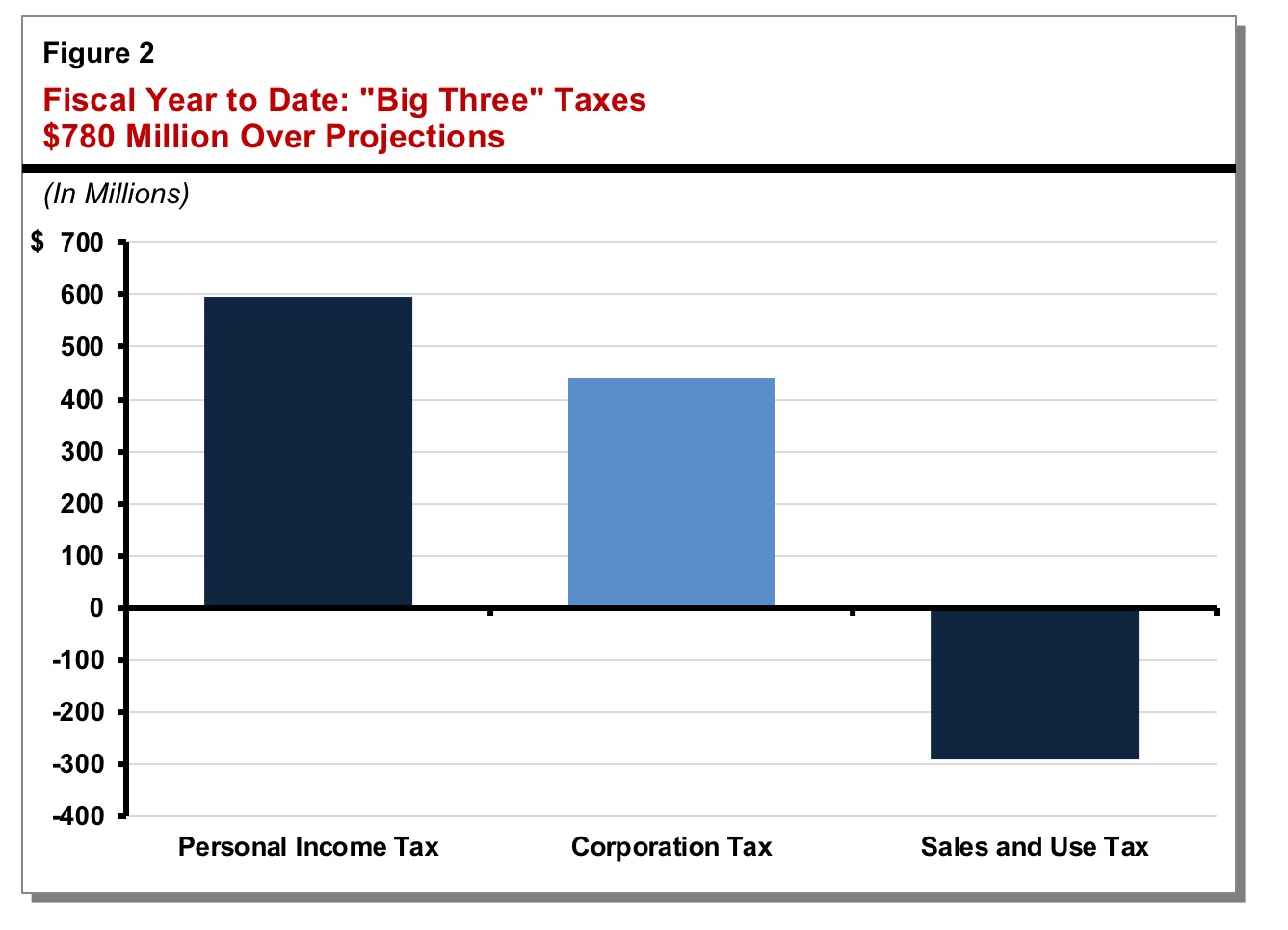 Following is a table with information on preliminary tax agency data received to date about March income and sales tax collections and refunds. 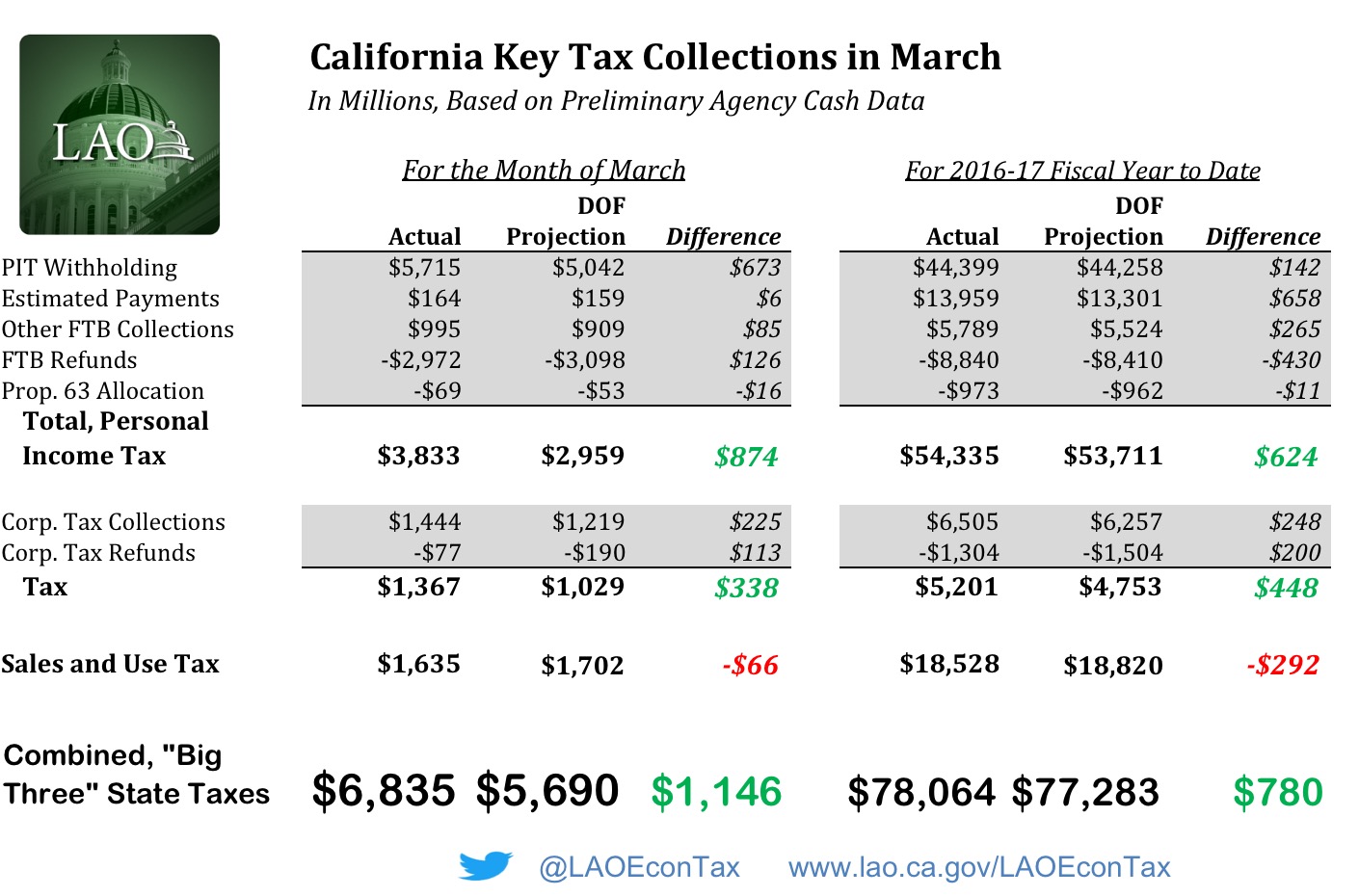 Originally published on April 4, this post was updated on April 11 to add March sales tax collection data and to update income tax data.