August is a minor revenue month. As shown in the figure below, August collections for the state’s three most important taxes exceeded budget projections by $301 million (4.3%). Through the first two months of 2017-18, these three taxes are running $475 million (3.3%) above budget projections. September will be the first major revenue month of the 2017-18 fiscal year. 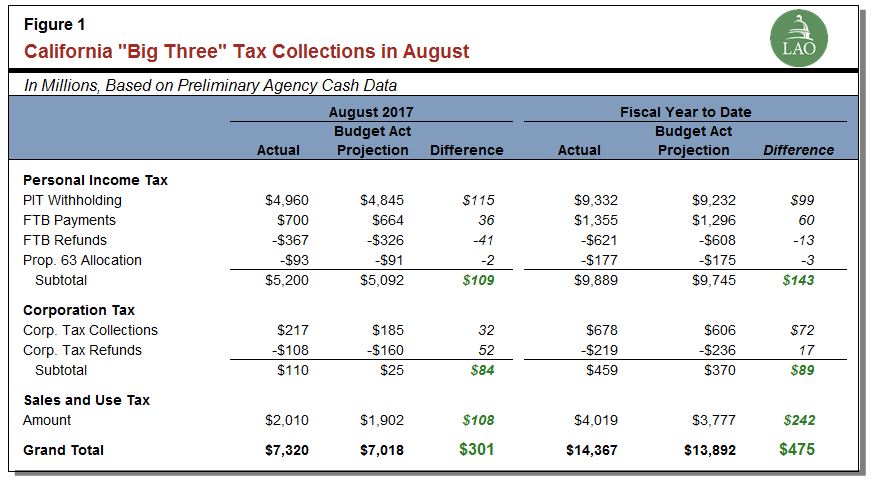