August is not a major revenue month for the state. As shown in the table below, collections from the state’s three main taxes came in $952 million above the June 2018 budget projection in August. Higher personal income tax (PIT) withholding and increased sales tax revenue each made up about half of the increase. We discuss each of these in a bit more detail below. 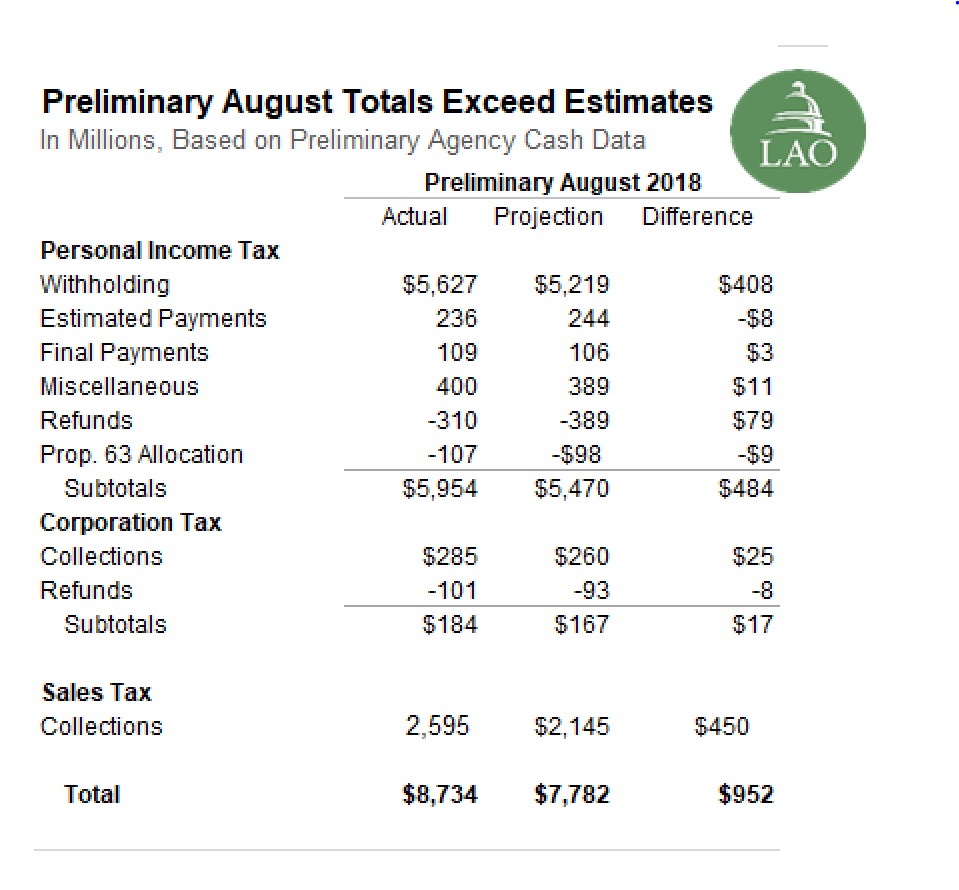 Sales Tax Increase Likely Reflects Catch Up From July. As noted in last month, sales tax collections fell in July due to the implementation of a new IT system. August likely reflects a catch up from the July shortfall. For July and August combined, sales tax collections are $30 million below the June 2018 projection.