Bottom Line: Despite modest weakening in housing, overall economic conditions continue to be strong. Conditions have improved consistently over the past year.

We created the State Fiscal Health Index to track the strength of economic conditions relevant to the state’s fiscal health. The figure below shows the index through September 2018. The index ranges from 0 (representing the lowest level in the last 25 years) to 100 (representing the highest level in the last 25 years). The higher the index, the better the conditions for state revenues. As of September, the index is at 99. This suggests that economic conditions are near historical highs and the state’s near-term revenue outlook is strong.

Although the index remains near historic highs, there are a few cautions. First, economic conditions have not remained at such elevated levels for an extended period of time in the past. Second, housing data has shown some signs of modest weakness. The index components for home sales and housing permits have declined for two months in a row. A similar simultaneous drop of these components has not occurred since 2011. Finally, while not reflected in the index value for September, in October stock values had the largest single month drop since 2011. It is too early to draw any conclusions from these recent trends. Nonetheless, it would be worrisome if these trends were to continue into the coming months. 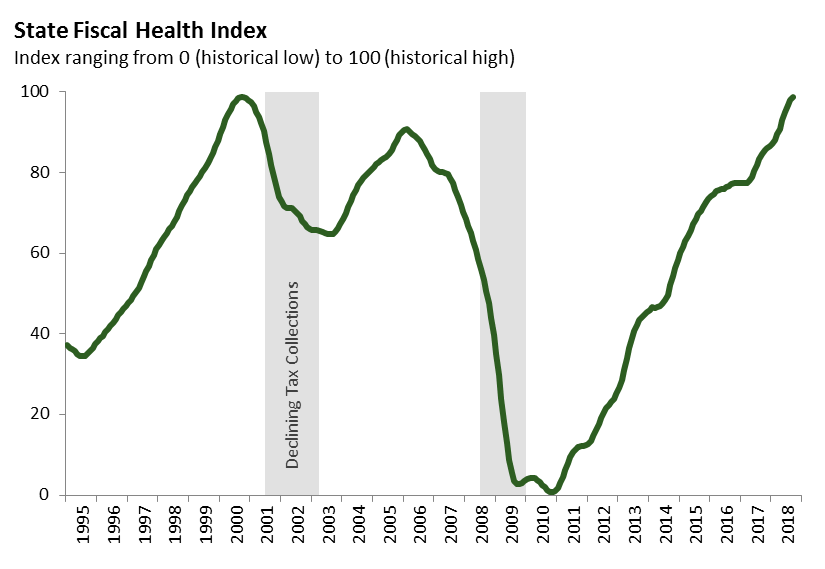 In addition to the level of the index, insights can be drawn by looking at the change in the index from month to month. In general, when the index is increasing, state revenues are likely to increase over the next six to twelve months. On the flipside, a consistent decline in the index over a few months has typically signaled that the state is entering an extended period of revenue weakness. The figure below shows the monthly change in the index through September 2018. The index recently has grown consistently, increasing from 10 points over the past six months and 13 points over the past year. 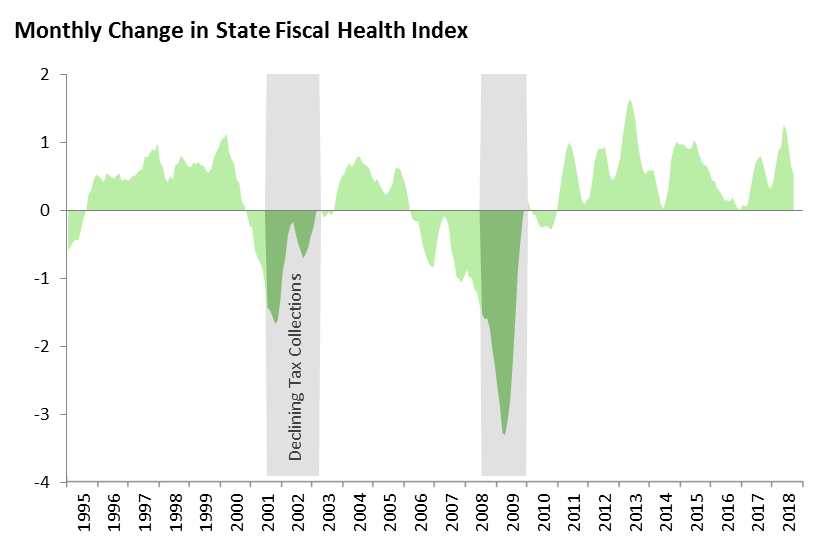 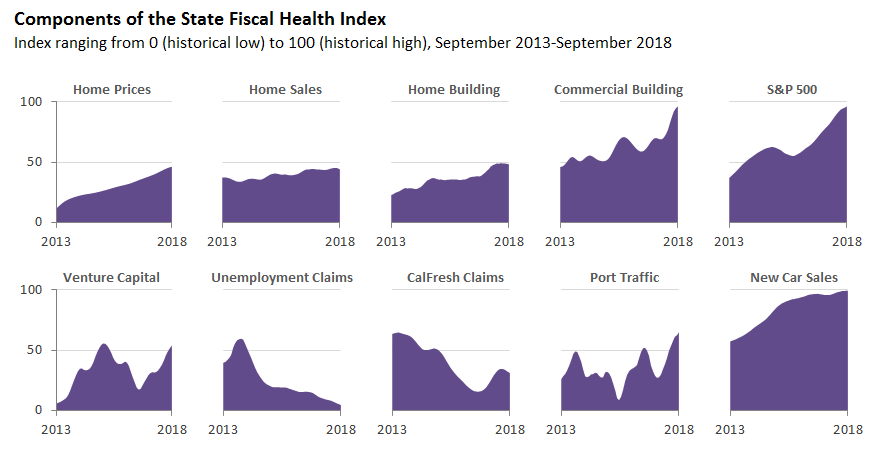