Preliminary March Collections Slightly Below Projections. Preliminary March collections from the personal income tax (PIT), corporation tax, and sales tax were $92 million below the administration’s January estimates. The largest component of the shortfall was lower than expected PIT withholding. This seemingly low withholding collection should not be cause for concern, however, as withholding was nearly 9 percent higher than the comparable days in 2018. (The shortfall likely reflects a difference in the number of collection days in March 2019 compared to March 2018.) 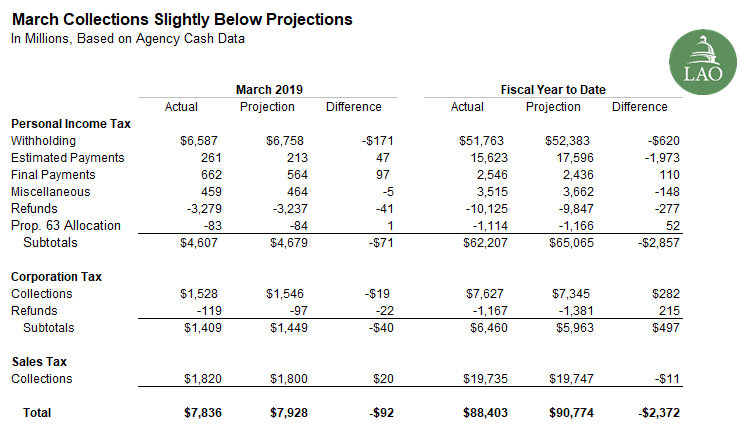 As noted in prior posts, the year-to-date shortfall stems from lower collections in January. We expect a large portion of this shortfall will be made up in April, the most important revenue month for the state.