August Revenues Slightly Below Projections. As seen in the figure below, August revenue collections across the state’s three largest revenue sources—personal income tax (PIT), corporation tax, and sales tax—fell almost $380 million below projections. The largest shortfall was in PIT, specifically from withholding, which grew at an average rate of 7.2 percent each month in 2018-19 compared to the same period in the previous year. So far in 2019-20, withholding growth kept pace at 7.5 percent in July, but slipped to 5.2 percent in August. Sales tax also came in below projections. While the new CROS IT system contributed to previous months' sales tax differences, this month’s shortfall does not appear to be related to this issue. 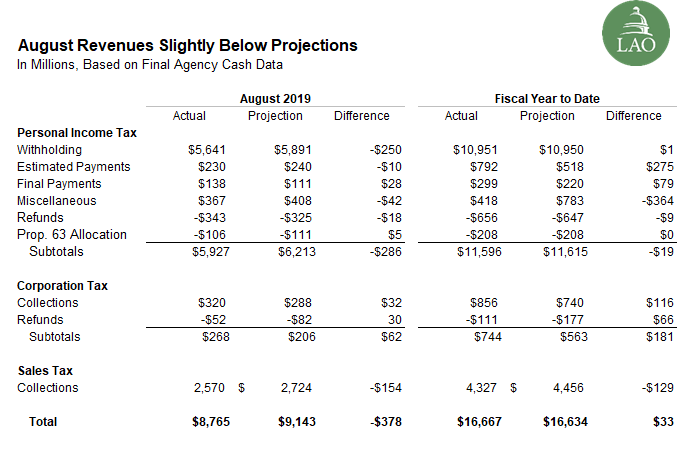