Bottom Line: As has been true for several months, data provides a mixed message about the condition of the state’s economy. Overall, while not imminent, the risk of a slowdown in the coming year appears heightened.

The figure below shows the index through December 2019. The index remained relatively high in December, above 95 percent of months in our historical record. 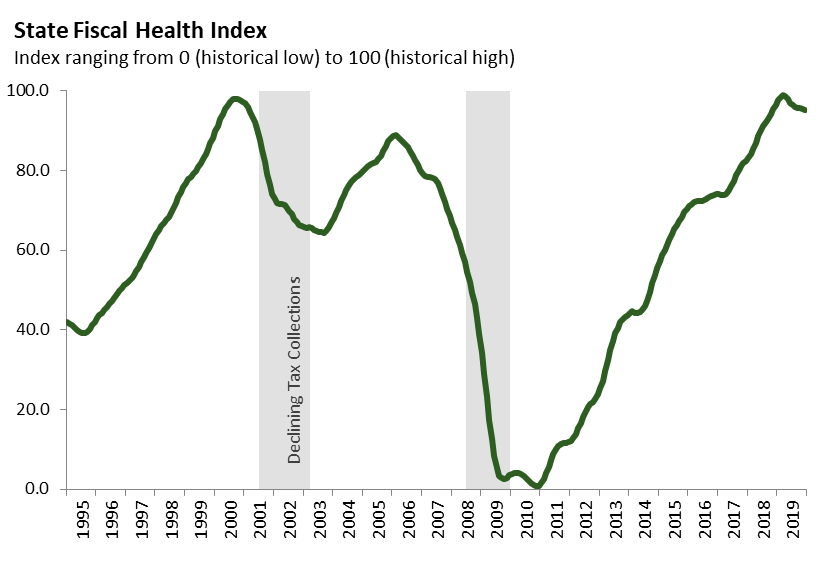 Although the index remains high, it has been declining since April 2019. Declines of this duration and magnitude have not been observed since the last recession. Weakness in the index has been driven by several factors, including stagnate housing markets and slowdowns in trade activity (ports), consumer spending (new car sales), and business startup funding (venture capital). At the same time, unemployment remains historically low and stock prices continue going up (notwithstanding short term volatility).

Given that economic data is providing a somewhat mixed message—taken together with commitment by the Federal Reserve to take actions to stimulate the economy—we cannot conclude that a broader economic slowdown is imminent. Nonetheless, the state’s fiscal outlook faces more risks than it has for some time. 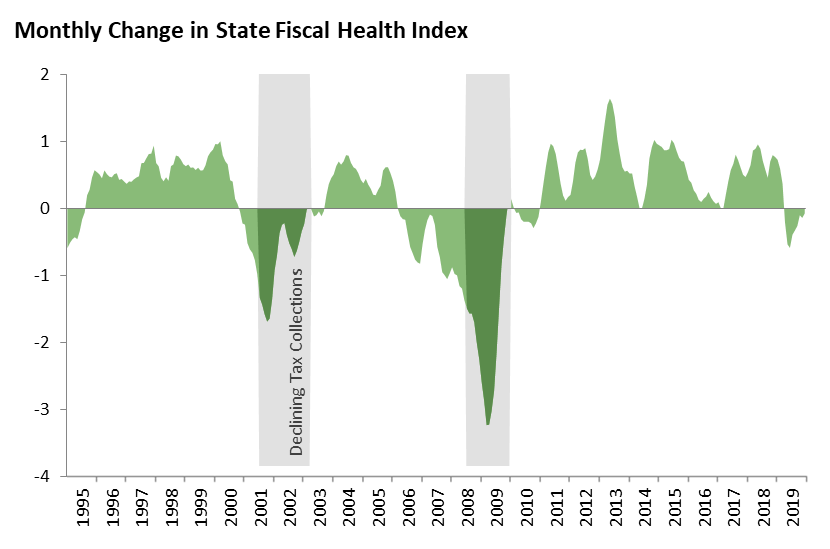 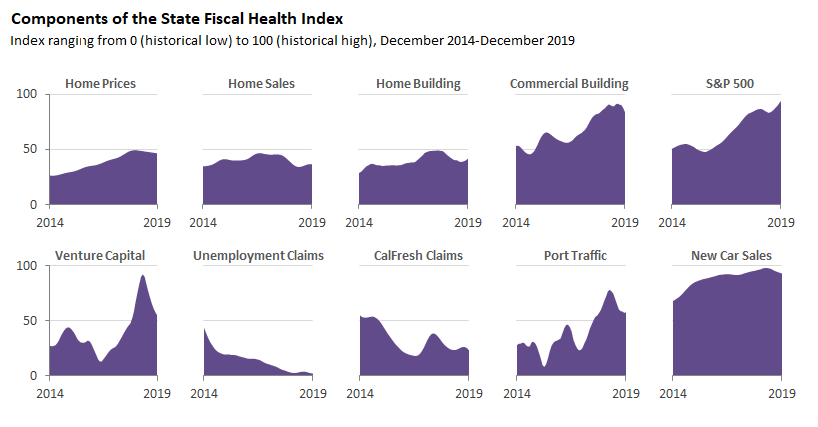