(Revised January 26, 2015. The employment report referenced was released on January 23.)

The state's Employment Development Department (EDD) released its initial report, to be revised later, on December 2014 employment in California. The headline unemployment rate in the state dropped to 7.0 percent in December, down from 7.2 percent one month before. The initial seasonally-adjusted job growth number for November 2014 (a blockbuster number of 90,100) was revised downward to a still very strong 82,800. The initial data in today's report showed that December 2014 seasonally-adjusted job growth for the entire state numbered just 700, which indicates a muted end to a strong year for California. From December 2013 to December 2014, nonfarm employment in the state grew by 320,300 (up 2.1 percent), with solid growth averaging nearly 27,000 jobs per month. This figure indicates California's economy is solidly in expansion mode.

Below is our summary figure for the state's nonfarm employment situation, as of December 2014. 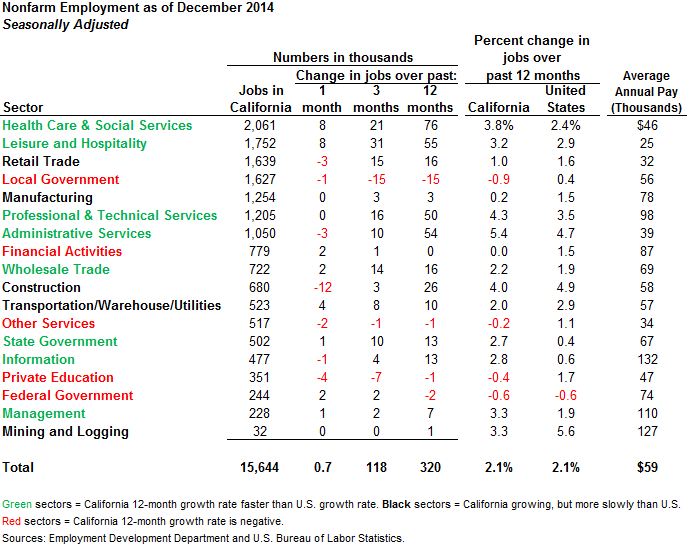 Unemployment, now 7 percent, continues to fall and is substantially below its peak level of 2010, when it exceeded 12 percent due to recession-related job losses. 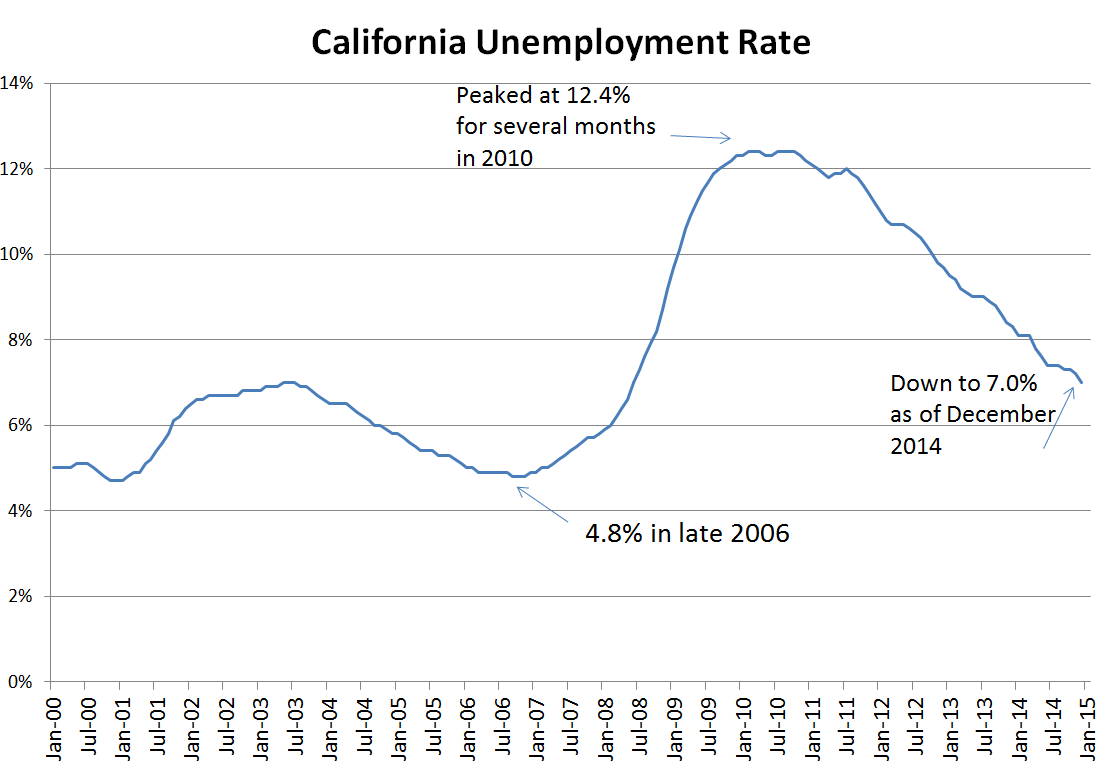 There is, however, substantial variation in unemployment levels across the state, ranging from below 4 percent in parts of the Bay Area to about 21 percent in Imperial and Colusa Counties. (A direct link to a clearer version of the EDD maps below is here.) 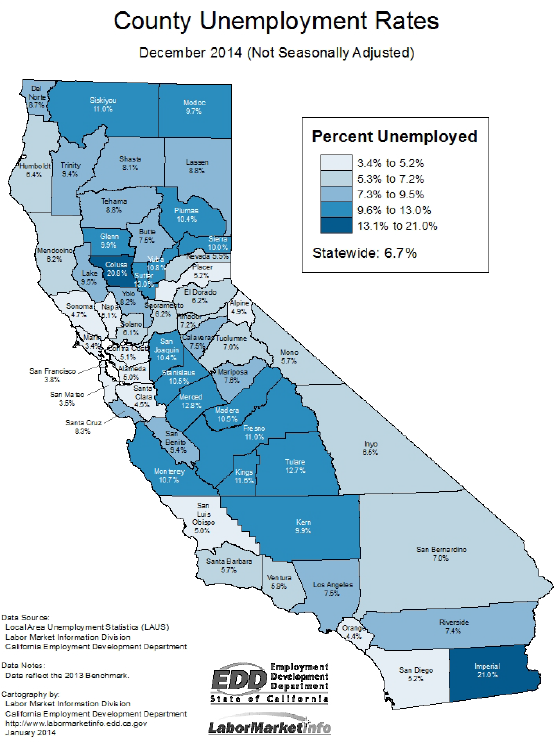 Regional Trends. According to the non-seasonally-adjusted EDD map below, California's regional nonfarm job gains over the past year were led by strong performance in the Bay Area , San Diego, and parts of the Central Valley. The rate of job gains in Los Angeles County, while positive, lagged the state as a whole in 2014. The rate of job growth in Orange County was just above the state average in 2014, while the Inland Empire and the Sacramento region lagged a bit. 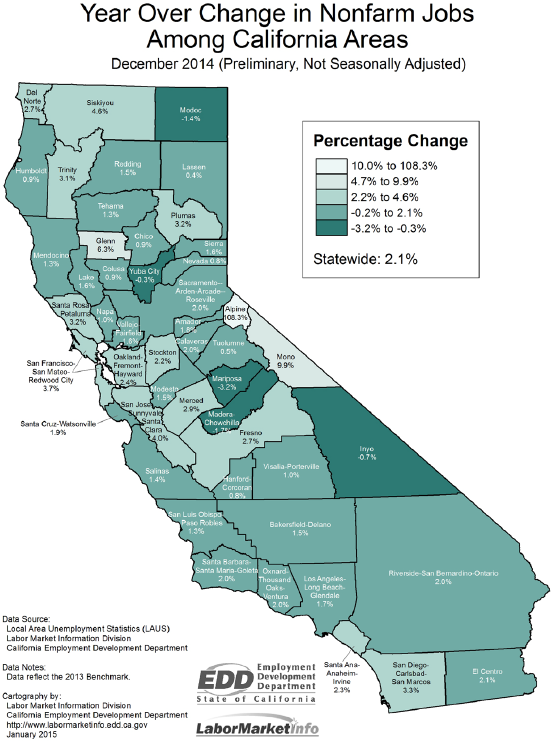