As described in an earlier post, we are using credit and debit card spending data provided by Opportunity Insights to track sales tax trends in California. To do this, we use an index—a weighted average of different spending categories—designed to track movements in California’s sales tax base. In this post, we update the index to include October data and to incorporate data revisions for earlier months.

Card Data: Growth Continued in October... In October 2020, the spending index grew for the sixth month in a row, increasing by 3.6 percent from September to October (seasonally adjusted).

…But Spending Remained Slightly Below January. Although spending has been growing steadily, it still has not quite recovered to pre-pandemic levels. In October, spending was 1.2 percent below its January level (seasonally adjusted). 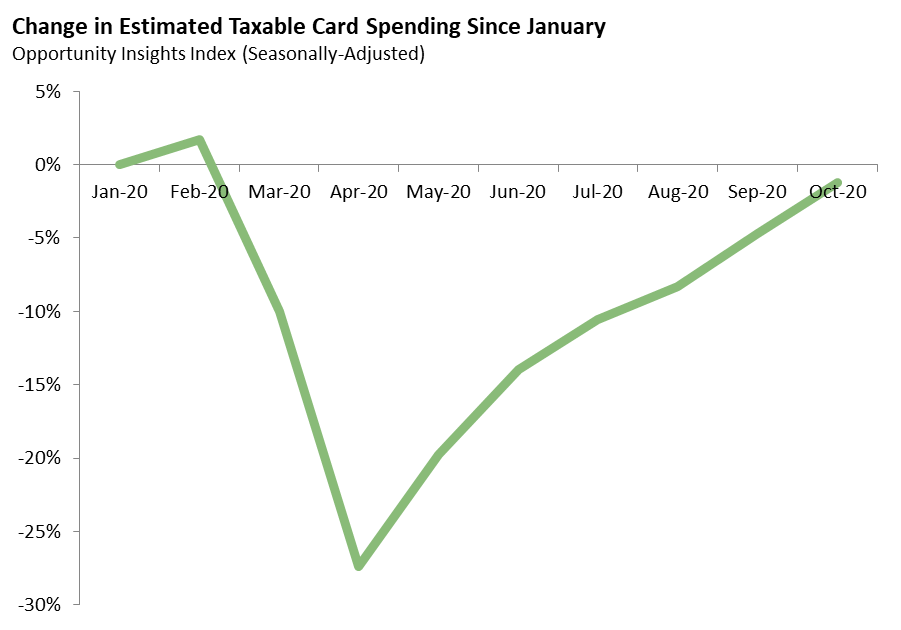