Venture capital (VC) is a crucial funding source for relatively new firms in the high technology industries that create many of the state’s high paying jobs. Changes in VC funding can be a good indicator of future growth in those sectors. A recent surge in VC funding accelerated in the first quarter of 2021 as California firms brought in $30.1 billion of new funding, the single biggest quarter on record. As the graph below shows, the pandemic did not disrupt the flow of VC funding to state firms. In fact, the pandemic caused many firms that provide services that cater specifically to remote work to become more attractive VC investments. 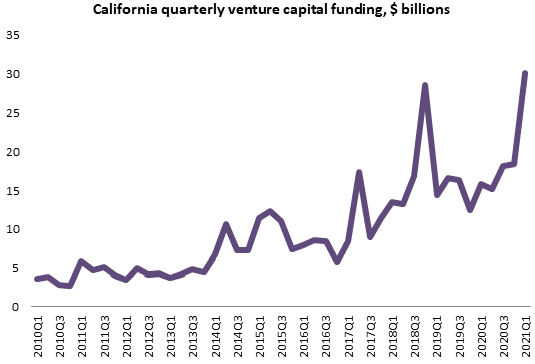 The next graph compares California VC funding to the rest of the country since 1995. The state has always attracted a disproportionate share of nationwide VC funding, and in fact its VC funding has generally been close to the other 49 states combined since 2008. The past quarter was no exception, as the rest of the country had a similar surge with more than half of the total going to New York and Massachusetts. 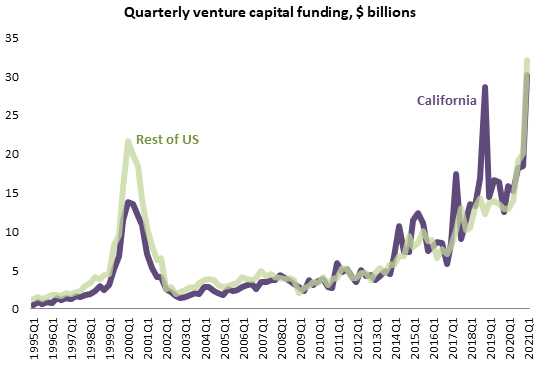