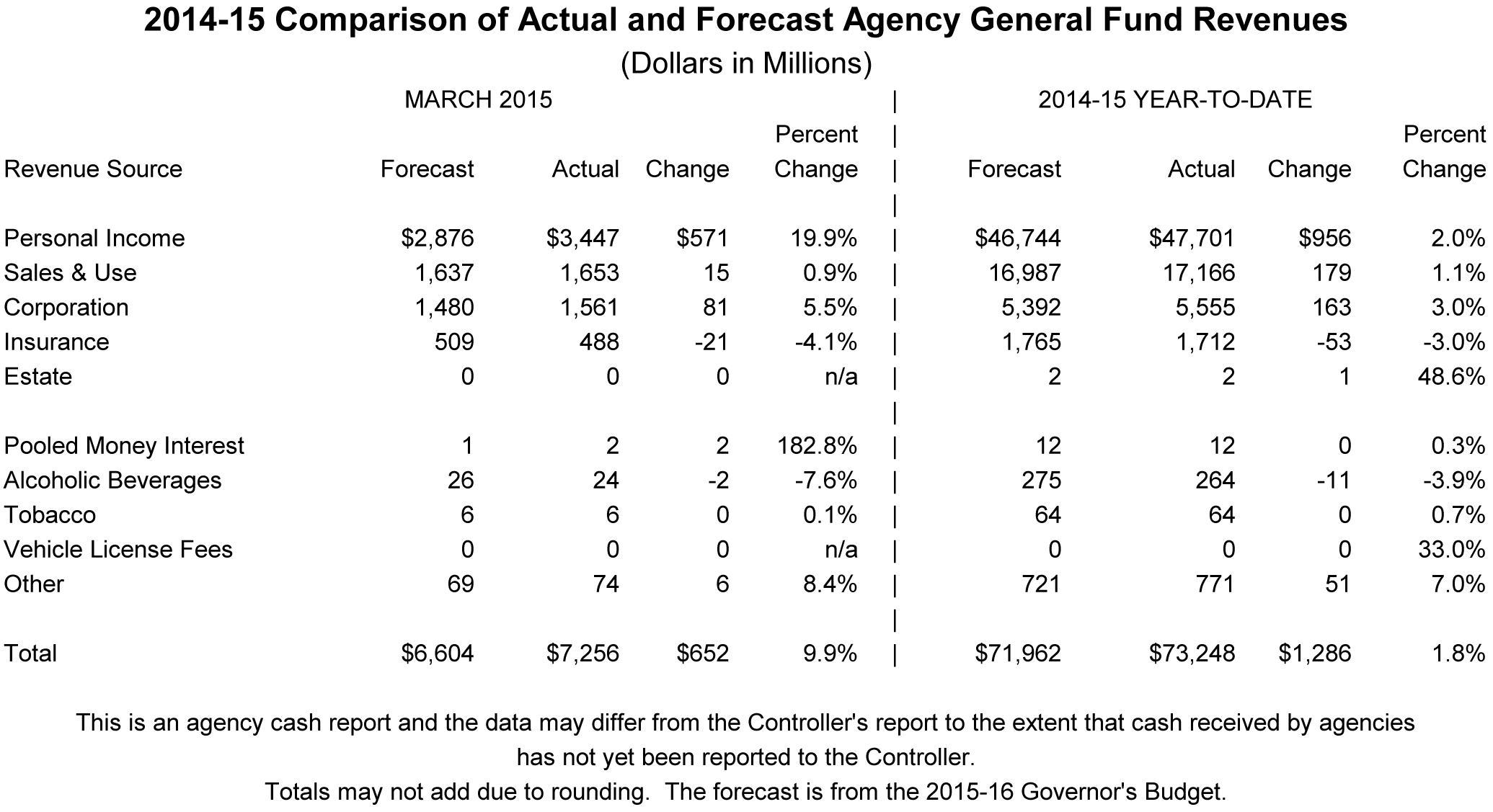 Personal Income Taxes Far Above Forecast in March. Income tax collections were far above forecast, exceeding the administration's most recent forecast by $652 million for the month of March alone. (This $652 million includes a $571 million gain for the personal income tax and an $81 million gain for the corporate income tax.) With some of the state's biggest revenue months (April and June) yet to come, this suggests a developing budget scenario in which all of this added revenue may go to constitutional or other existing budget commitments, especially Proposition 98 funding for schools. The latest information on April tax collections is available on our daily tax tracker, which is featured on the LAO Economy and Taxes Twitter feed (@LAOEconTax).

March 2015 Revenues: By The Numbers 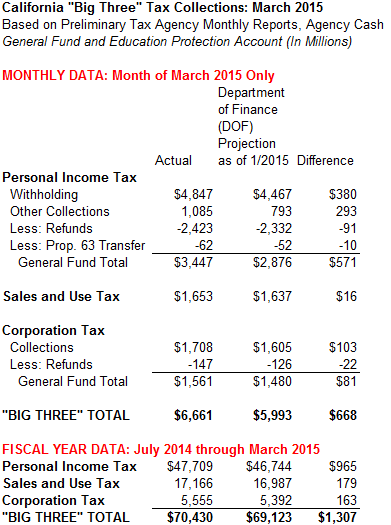 (Based on earlier tax agency reports, the data in the table above differs slightly from the DOF numbers.)