Earlier this year, our office released a report highlighting the rapid rise in California’s housing costs in recent decades and outlining some of the major consequences. One consequence that we noted—and that other researchers have observed as well—is that households facing the high cost of housing in California’s coastal areas may elect to move to other parts of the state or country in search of more affordable housing.

Expensive Coastal Metros Added Virtually No Lower-Income Households In Recent Years. Amid rapidly rising housing costs, movements of lower-income households out of expensive coastal metro areas have been notable in recent years, based on a look at data from the American Community Survey between 2011 and 2013. As the figure below shows, California’s six largest coastal metros (Anaheim-Santa Ana, Los Angeles, Oakland, San Diego, San Francisco, and San Jose) added, on net, almost no households with income less than $50,000 between 2011 and 2013. Oakland, which added around 9,000 lower-income households, appears to be the exception. At the same time, most of the coastal metros—with the exception of Los Angeles and San Diego—added a significant number of households with incomes in excess of $100,000. Anaheim-Santa Ana, Oakland, San Francisco, and San Jose added over 35,000 households with incomes in excess of $100,000. 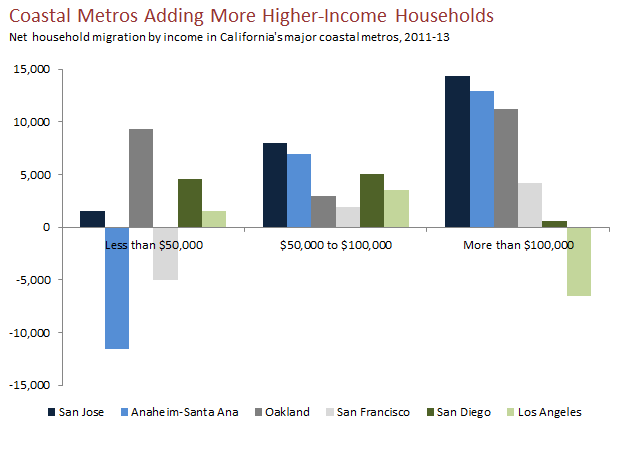 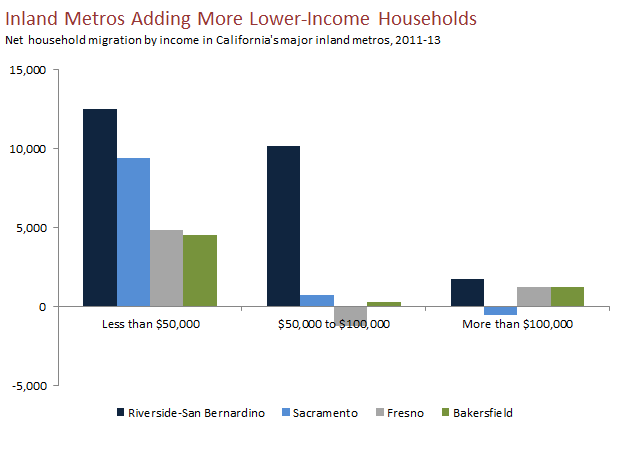 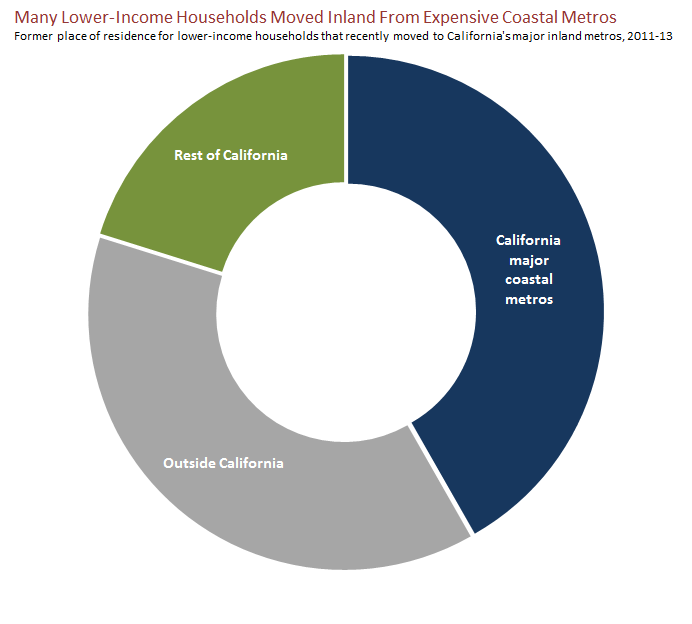