On June 10, 2015 (as our office was focused on California state budget matters), the U.S. Bureau of Economic Analysis (BEA) published its initial estimate of states' real gross domestic product (GDP) for 2014. GDP is an economic measure that attempts to value all goods and services produced in a given area, be it a state or the nation. BEA also released revised 1997-2013 GDP statistics at the state level. (Beginning in September, BEA has announced it "will release for the first time quarterly GDP by state on a regular basis.")

GDP Growth in California Outpaced the U.S. in 2014. BEA estimates that California's GDP grew by 2.8% in 2014, adjusted for inflation. For comparison with this state growth figure, the BEA notes that U.S. real GDP grew by 2.2% in 2014. (The most recent annual estimates of national GDP growth use somewhat different data, BEA notes.) California's 2014 GDP growth rate ranked 9th highest among the states (behind #8 Washington and ahead of #10 Oklahoma). The BEA map below includes California in the category of the nine other states—all displayed in a dark blue color—with the highest levels of real GDP growth in 2014. 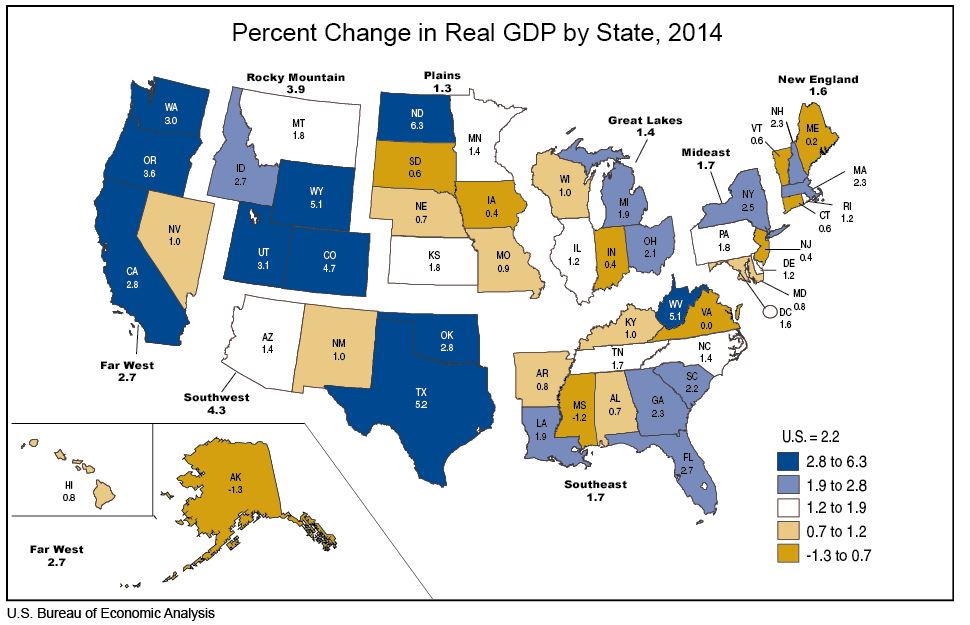 California Growth Outpaced the U.S. in Most Economic Sectors. The figure below shows that the rate of real GDP growth in 2014 California outpaced the nation's in 12 of 17 economic sectors listed (those listed in green). Output fell in California in four sectors (listed in red), each of which had slower growth rates than that sector in the rest of the U.S. (We describe what is included in a similar list of sectors we track for monthly state jobs reports here.) 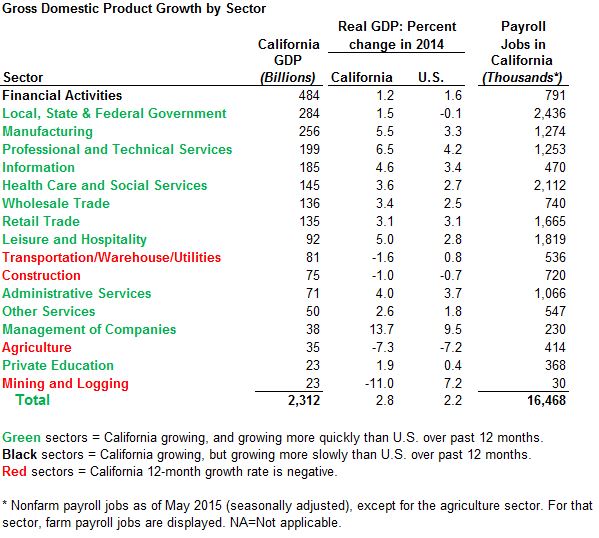 California's growth in the largest sector, financial activities, lagged the rest of the U.S. in 2014. Financial activities' contribution to GDP is driven largely by housing services, including rent and "imputed rent," a somewhat abstract economic calculation related to owner-occupied housing.

California especially outperformed the rest of the U.S. in the manufacturing sector and the technology-heavy professional and technical services sector. These sectors are important for the state's economy as they are among those that sell products and services in interstate and international markets. California's leisure and hospitality sector—a major jobs sector—also grew considerably faster than that sector at the national level. 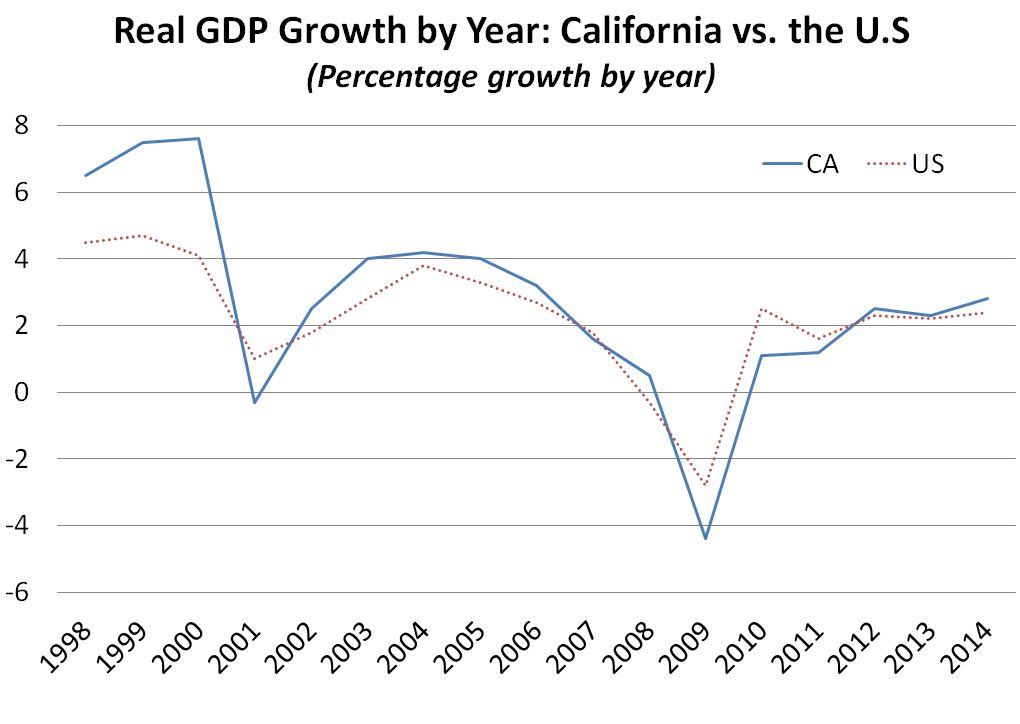 Comparisons to Global GDP Levels. One of the most commonly questions we are asked is how big California's economy is compared to the U.S. and other nations. As we described last year (in this blog's first post concerning 2013 state GDP), this comparison is a complex one. Next week on the blog, we plan to examine the new California GDP figures for 2014 and how they compare to 2014 GDP figures internationally.