A few days ago, we described how the General Fund's three major tax revenues (the personal income, corporation, and sales and use tax) collectively ended 2014-15 at $655 million above the Governor's revenue projections, as incorporated into the 2015-16 budget plan he signed into law last month.

2014-15 Agency Cash $732 Million Above Governor's Projections. With the release of the Department of Finance's monthly Finance Bulletin, we now have data on all other General Fund revenue sources (as measured on an agency cash basis). For all General Fund agency cash revenues combined, collections ended 2014-15 $732 million above the Governor's revenue projections, as shown below. 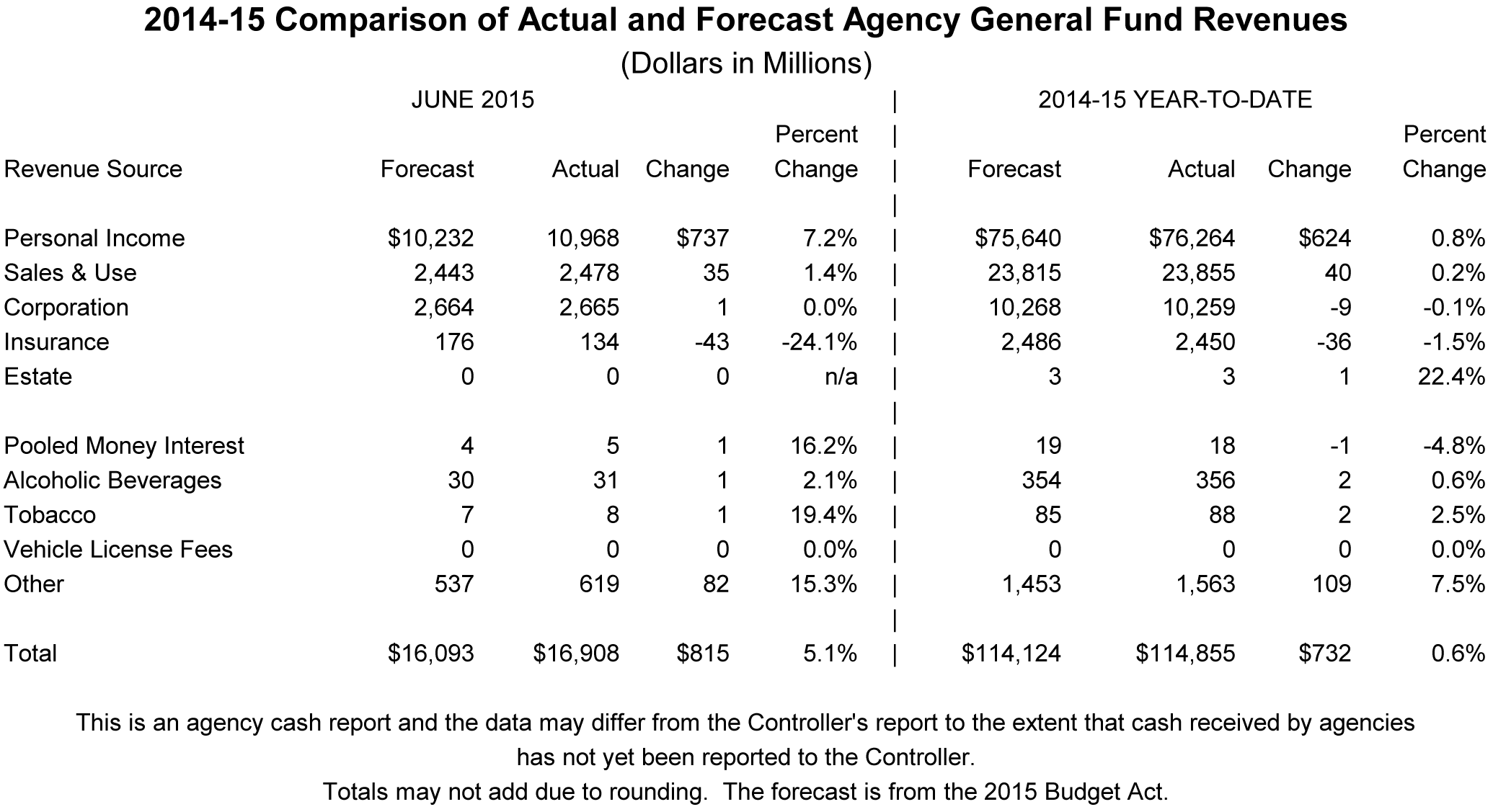 Accruals Not Yet Reflected. As we described in our earlier blog post on the major tax revenues, accruals are not yet reflected in the above numbers and will not emerge with much certainty until one or two years from now. Those accruals could cause the income tax amounts for 2014-15 to rise or fall for budget accounting purposes by $1 billion or more. In the end, (a) the agency cash amounts shown above plus or minus (b) revenue accruals and related adjustments will equal (c) the total amount of revenue booked to the fiscal year for budget purposes (budgetary revenue).

2015-16 Revenues May Be Noticeably Higher Than Governor's Projection. As we described last week, there remains a high likelihood that 2015-16 revenues will be noticeably higher than the Governor's projection.