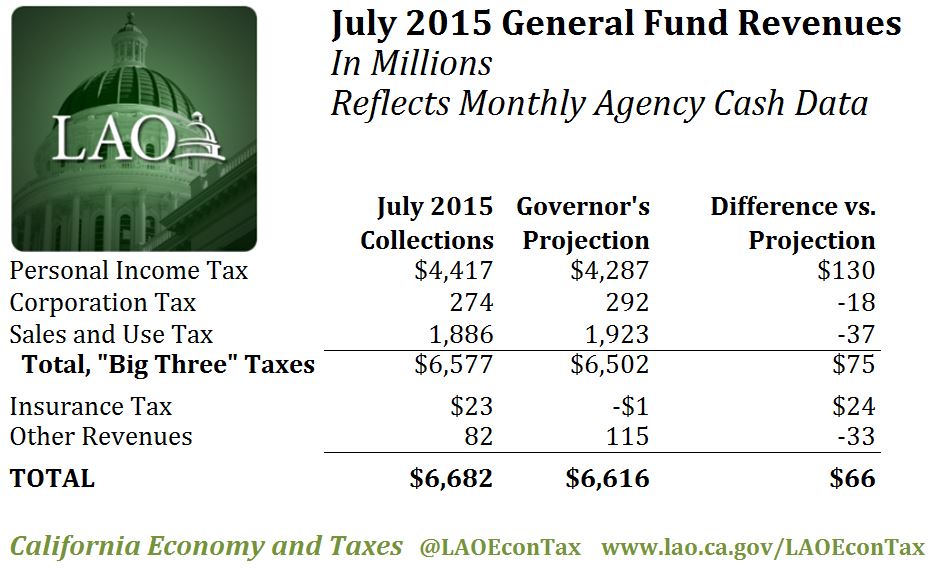 Methodology. The data above are based on preliminary tax agency monthly reports concerning revenue collections. These preliminary reports are subject to revision based on future reconciliations of data. The figures above are reported on an "agency cash" basis. As described in the monthly Finance Bulletin, agency cash totals differ from those in monthly State Controller's Office (SCO) reports to the extent that cash received by state agencies is reported later to SCO. Because agency cash is the most timely method for tabulating key state tax revenues, agency cash has long been the method used to track monthly state budgetary revenues. At the end of each fiscal year, agency cash totals are adjusted to reflect complex state revenue accruals and other adjustments, such that agency cash totals are not directly comparable to revenue totals reflected in each year's state budget act.

This post was revised on August 18, 2015, to reflect updated Department of Finance data concerning "other revenue" and insurance tax collections.