On August 25, 2015, the state released summary results from the cap-and-trade auction conducted on August 18, 2015. Based on the summary results, the state will collect $645 million in cap-and-trade auction revenue from the August auction. The auction included 2015 allowances (sold at the current auction) and 2018 allowances (sold at the advance auction). (The actual amount of state revenue will be determined in a few weeks and will depend on the future exchange rate between U.S. dollars and Canadian dollars. Please see summary results for more details on the process for collecting proceeds.)

Revenues Tracking Slightly Higher Than Most Recent Estimate From Administration. The August auction is the first of four quarterly auctions scheduled in 2015-16. The Governor’s May Revision assumed $2 billion in revenue in 2015-16. However, the 2015-16 budget does not include a revenue assumption for 2015-16, as well as an expenditure plan for auction revenue that will not be continuously appropriated based on existing state law. (The Legislature and the Governor report that they will decide on additional cap-and-trade funding allocations in separate legislation.) If the remaining three auctions have similar results to the August auction, state revenues will be several hundred million dollars higher than the $2 billion assumed in the Governor’s May Revision. It is important to note that future auction prices and revenues are subject to uncertainty due to many different factors, including changes in economic conditions and policy changes. 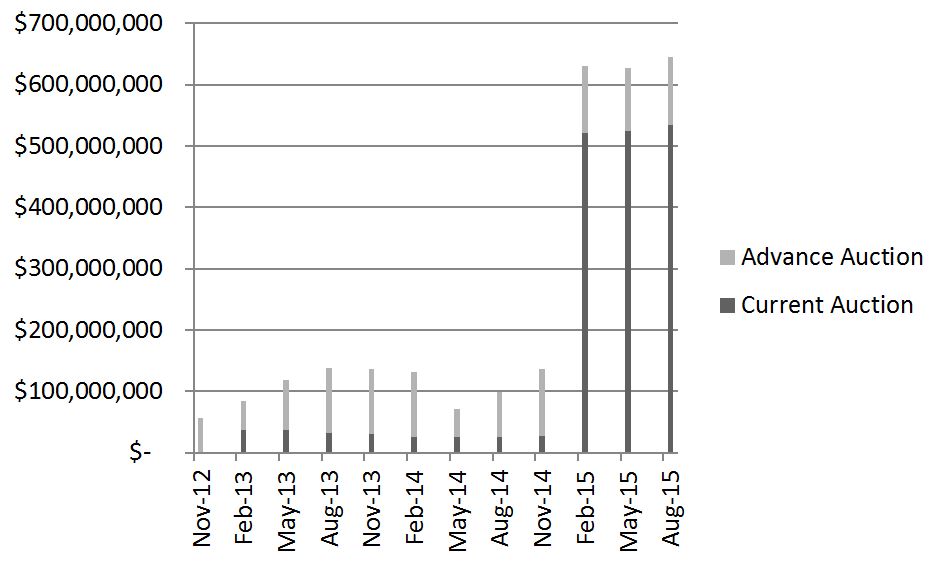 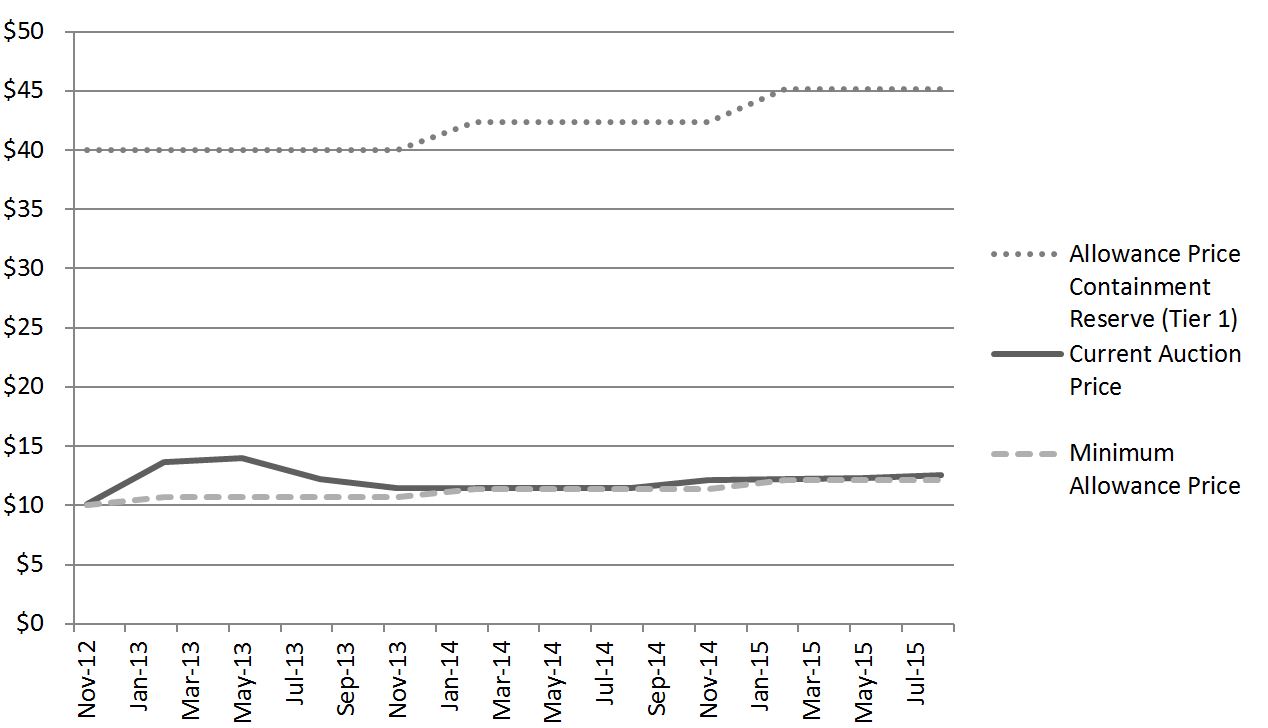 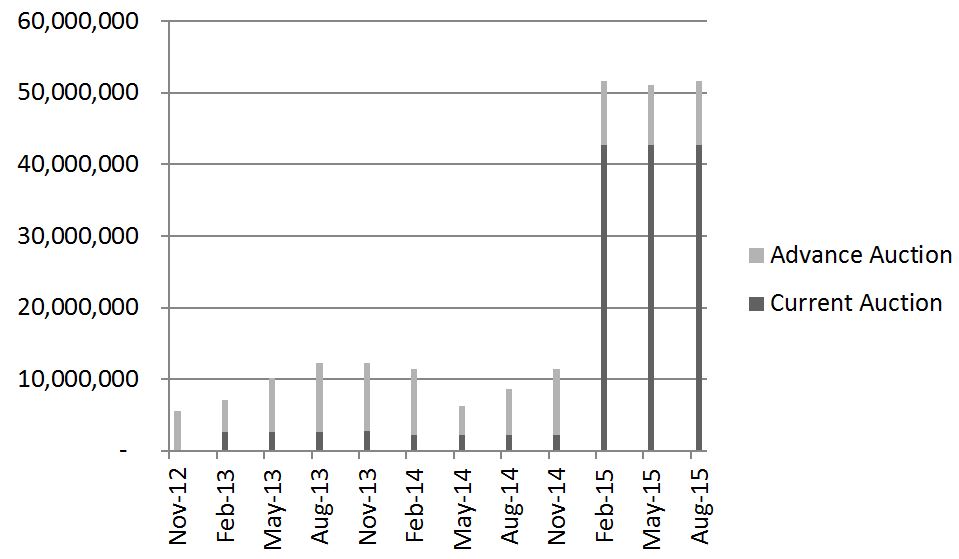