The Employment Development Department released California's March 2016 jobs report today, as the U.S. Bureau of Labor Statistics also released jobs data for all 50 states for the same month. Unemployment went down to 5.4% on a seasonally-adjusted basis, while payroll job growth reportedly was slow during March. Over the last 12 months, however, California's job growth rate still exceeds that of most other states. Wide disparities continue to exist between parts of inland California and some coastal areas with lower unemployment. Over the past year, the strongest job growth sector statewide and in many local areas has been construction.

California job growth in March--and over the past three months--was slower than the state's typical rate of growth over most of the past year. There has been a slowdown in seasonally-adjusted growth of the state's key, high-paying professional and technical services sector. (There was also a slowdown in this sector in the early months of 2015...before stronger growth ensued later in the year.) The California jobs data for the first three months of the year raise the possibility that job growth will be slower in 2016 than it was in 2015. 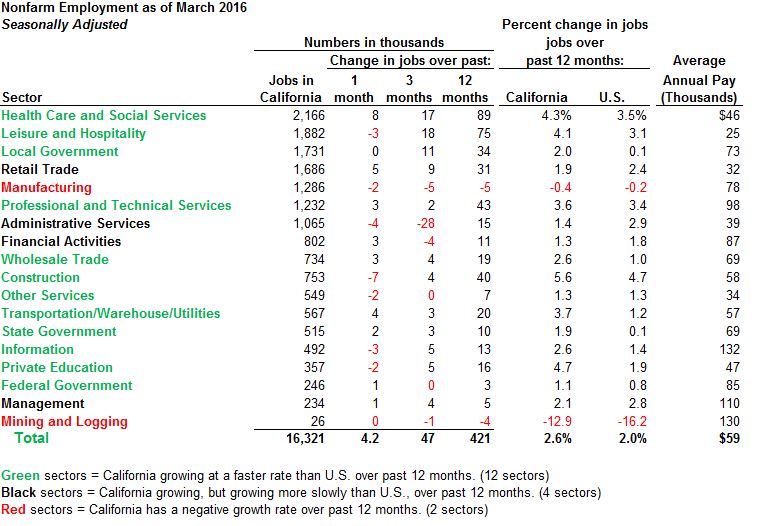