The Air Resources Board (ARB) released a summary of the results from the most recent quarterly cap-and-trade auction held on August 15, 2017. Based on the preliminary results, the state will generate about $640 million in revenue from the auction. As shown in Figure 1, this amount is more than what the state received from the last auction in May 2017 ($511 million). All of the 2017 vintage allowances offered for sale were purchased at a price of $14.75—which is somewhat more than the minimum price established by ARB ($13.57). In addition, all of the 2020 future vintages sold at a price of $14.55. 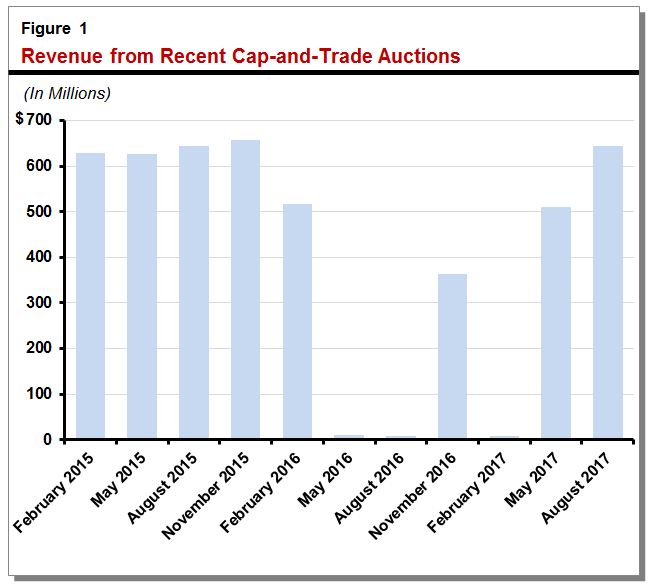 In a handout prepared for a hearing of Assembly Subcommittee No. 3 on Wednesday, August 23, we are providing additional information and analysis related to cap-and-trade revenue and expenditures.