December is a major revenue month for the state General Fund. As shown in the table below, the state's three main taxes (the personal income tax, the corporate income tax, and the sales and use tax) combined were $4 billion (28%) above the monthly target reflected in last June's state budget plan. The positive December personal income tax results could be partially offset by softer January and April collections, as some taxpayers may have made final 2017 tax payments a few months early in order to maximize deductions under the recently passed federal tax plan. (We discuss incentives for individuals and businesses to accelerate or defer income or expenses in this Twitter thread.) 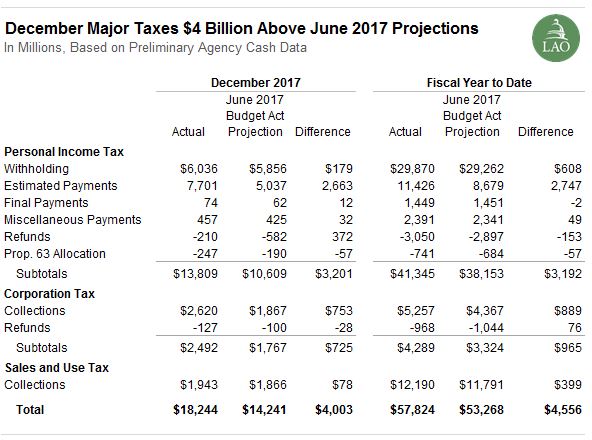