Total 2017-18 Tax Collections Exceed Projections. As shown in the table below, final data for PIT and corporation tax collections, as well as preliminary sales tax collections show an increase of $1.3 billion above the final projection for the fiscal year. (Note: The final projection is based on the Department of Finance’s May Revision revenue estimates.) As we have noted in previous months, these actuals are consistent with higher-than-projected totals over the course of the year. 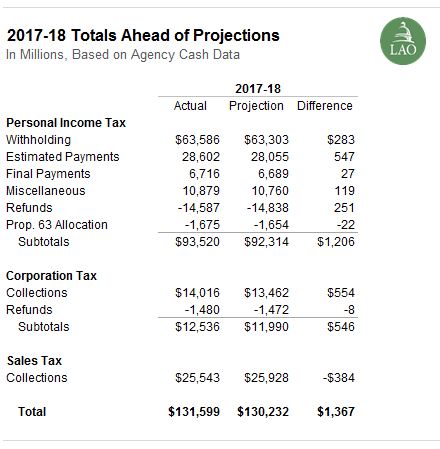 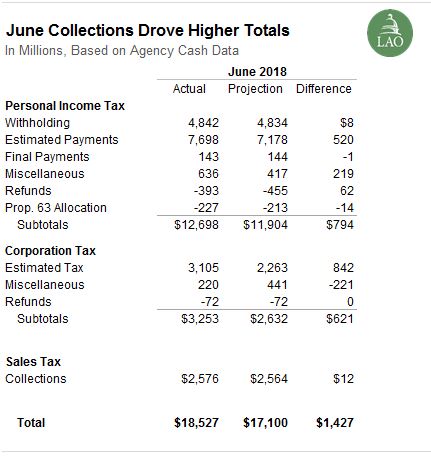 This post was updated on July 26th for final PIT and corporation tax collections.