In this post, we describe the federal funding paid directly and indirectly to California local governments—excluding schools—and how those funds are used.

Local Governments Receive Funds Directly From the Federal Government and Indirectly From the State. As discussed in an earlier post, local governments—counties, cities, and special districts—received over $18 billion in federal funds in 2014-15. (For more information about the federal funding received by schools, see Post 4.) Of that amount, roughly $10 billion was passed on to local governments from the state and the remaining $8 billion was provided directly to local governments directly. Most of the federal funds from the state support county costs for health and human services programs, like Medi-Cal and CalWORKs. 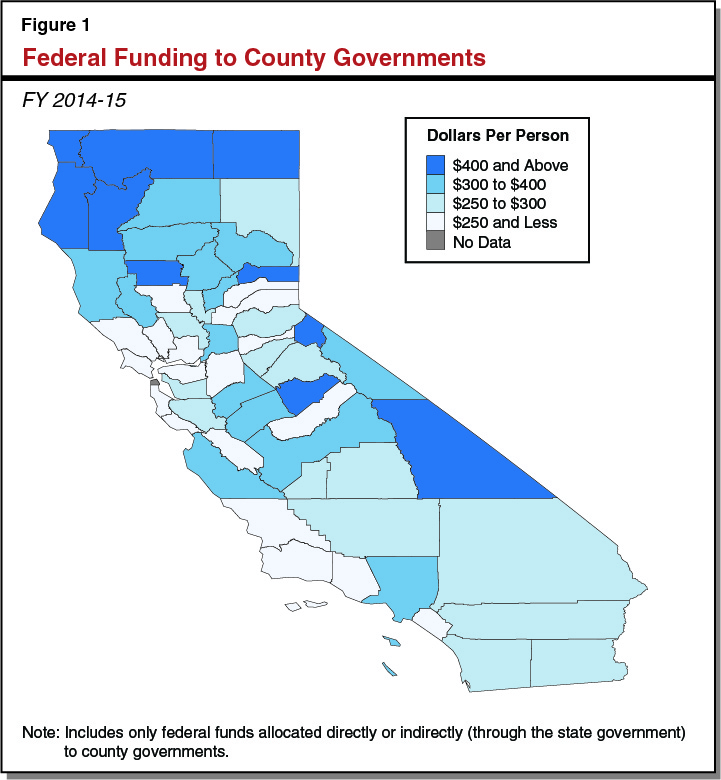 Counties’ Federal Funds Primarily Support Health and Human Services Administration. Figure 2 shows the categories of federal funding received by counties. As mentioned above, the majority of federal funds to counties are to support health and human service programs. For some of these programs, like Medi-Cal, counties administer the programs by determining individuals’ eligibility and processing enrollment. For other programs, like CalWORKs, counties also provide services directly to individuals. Of the other grants and programs for which counties received federal funding, the largest was for road projects ($190 million). 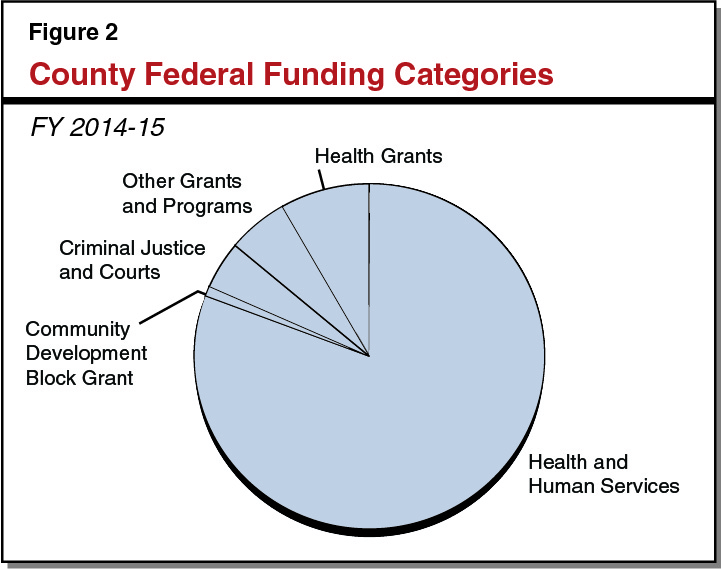