The U.S. Bureau of Labor Statistics (BLS) has released September 2015 jobs data for the nation's 387 metropolitan statistical areas (MSAs), as well as other metropolitan regions. We summarize the results for California's MSAs and metropolitan divisions (components of the San Francisco and Los Angeles MSAs) below. (Non-seasonally adjusted data is displayed.)

While almost all of California's MSAs rank in the top half of the 387 MSAs for percentage job growth, 10 of the 20 MSAs with the highest unemployment rates (highlighted in yellow) also are in California. (For more information on California's September 2015 jobs report, see our earlier post here.) 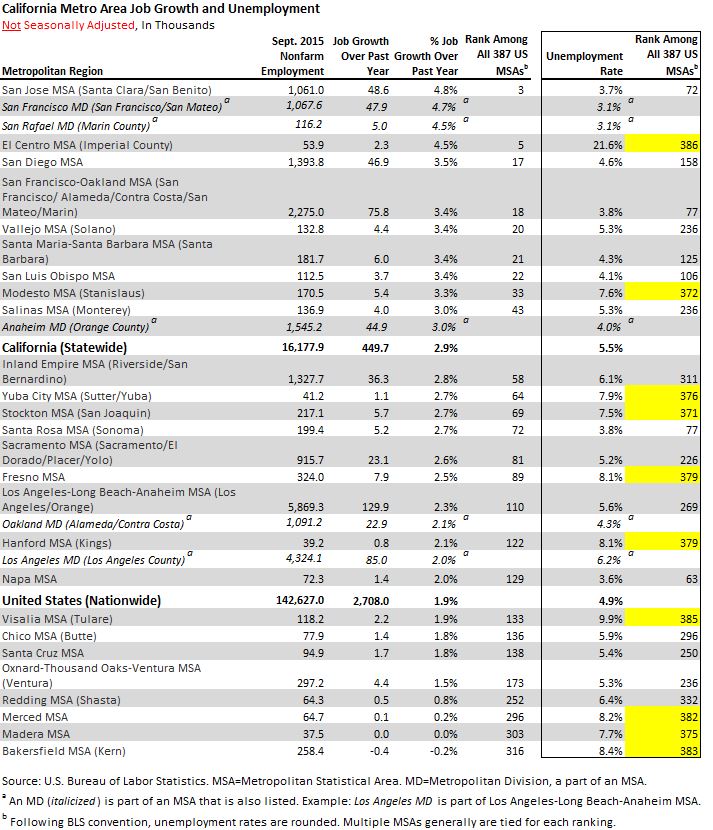