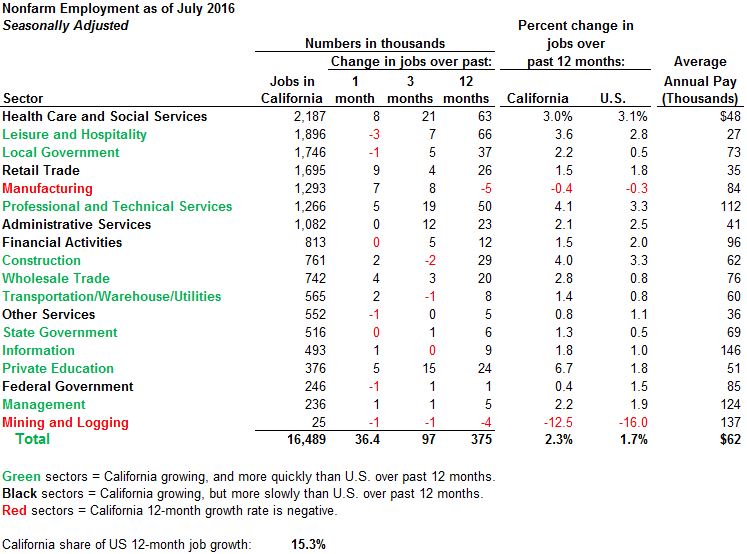 The figure above summarizes California's July 2016 statewide jobs report, which was released by federal and state labor agencies on August 19, 2016. According to a survey of employers, on a seasonally-adjusted basis, the state's economy expanded by a net 36,400 jobs in July. Over the past year, jobs in the state are up 2.3%--faster than the nationwide job growth of 1.7%--which now ranks California 11th among the 50 states by this measure of job growth. With growth in the state's labor force (those actively searching for work)--an indication of job market strength--the official unemployment rate for the state ticked up slightly to 5.5% in July: now tied with Rhode Island for 36th among the 50 states, meaning that 13 states have a higher unemployment rate now. The national unemployment rate as of July was 4.9%.

As summarized in the table above, for the 18 major job sectors we track, 10 sectors (displayed in green) have grown more quickly than the U.S. as a whole over the past year, 6 sectors (black) have grown, but more slowly than the U.S., over the past year, and 2 sectors (red) saw their number of jobs decline in California over the past year. (For comparison, as of last month's jobs report, 14 sectors were green, 2 were black, and the same 2 sectors were red.) While the "big picture" in the table above is one of less robust growth than suggested in last month's table, note that manufacturing jobs in California--while still down over the past year--reportedly grew at a respectable pace in July, with durable manufacturing jobs up broadly, led by fabricated metals, electronics, and aerospace. 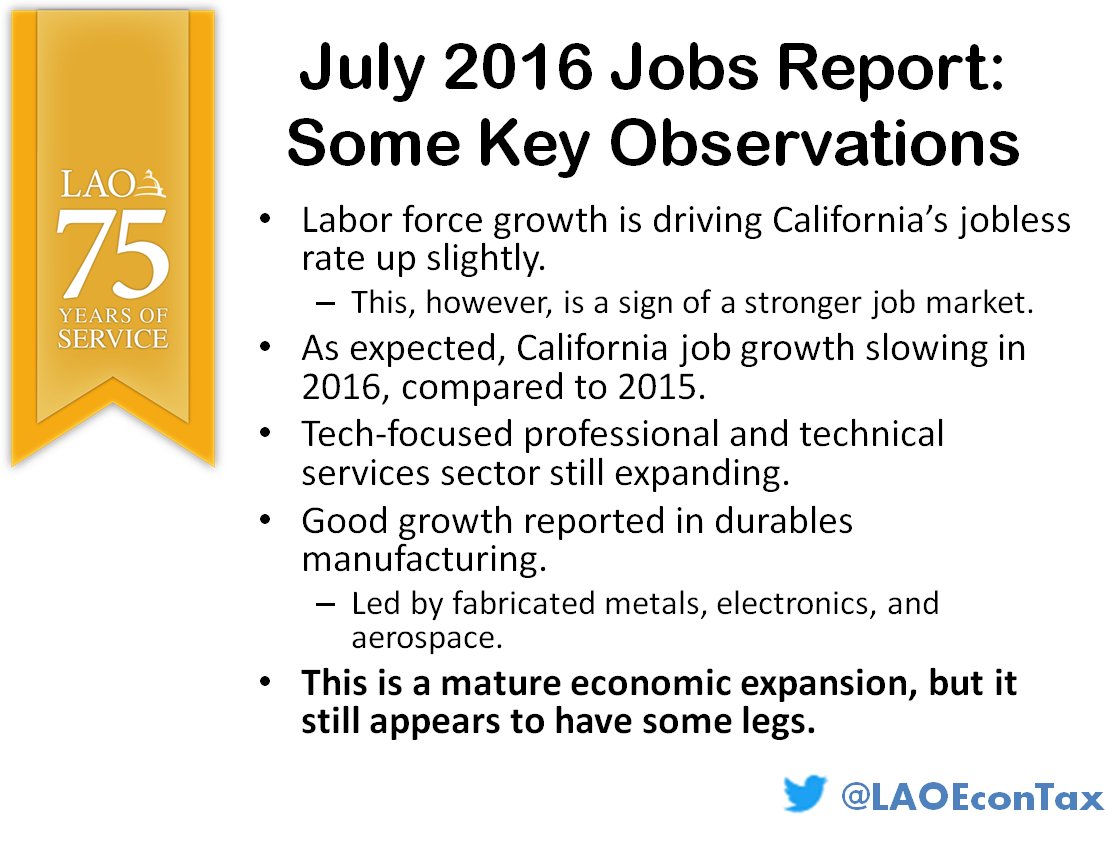