February Revenues Roughly on Track. Overall, February collections for the state’s three largest sources of revenue—the personal income tax (PIT), sales tax, and corporation tax—were $117 million ahead of the administration’s January projections. As seen in the figure below, the modest PIT shortfall was due to higher than expected refunds. The higher sales tax collections likely reflect the timing issue associated with the new IT system and make up for the January sales tax shortfall. 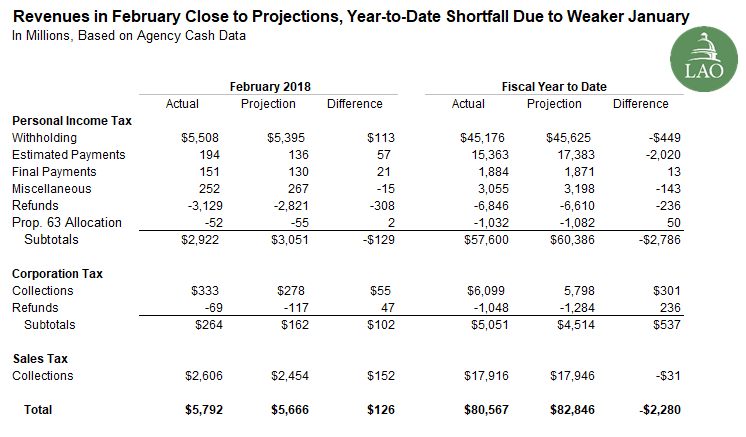 Year-to-Date Shortfall Due to January Weakness. As we noted last month, PIT estimated payments in January fell below the projected amounts. This shortfall is what drives the year-to-date shortfall for the state’s major taxes. There is good reason to believe, however, that much of this shortfall could be made up in April. (We discuss these reasons in last month’s post.)